A broad breakout in recovery stocks

Earlier this week, financial stocks enjoyed a broad breakout, with nearly 30% of stocks in the sector breaking out to at least a 52-week high.

It's only gotten better from there. And they've been joined by a bunch of recovery-sector buddies, too.

Among all indexes and sectors, the four horsemen of a recovery - Energy, Financials, Industrials, and Materials - are leading the charge. At least 30% of member stocks in all four of those sectors reached a new high on Wednesday. That's among the most impressive breakouts in 70 years for sectors geared to an economic recovery. 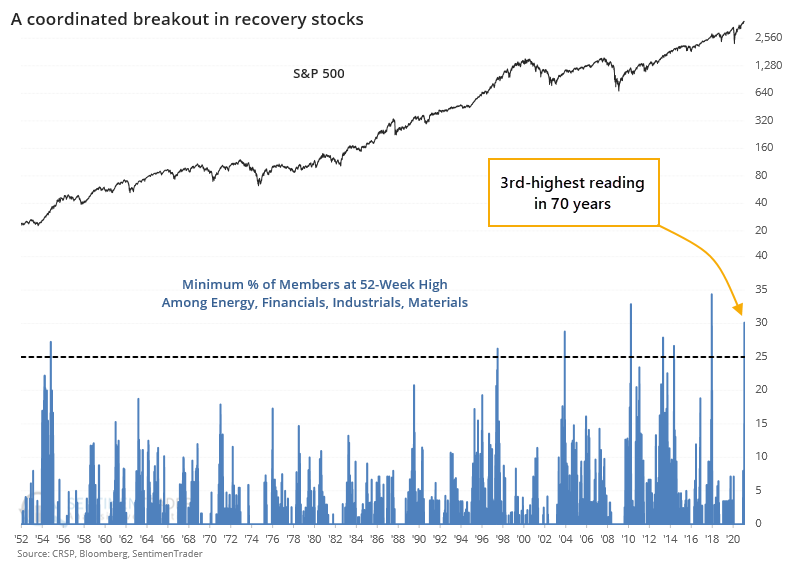 When we look at other times when there was such a coordinated breakout among these sectors, we see that often it was too much of a good thing, at least for a while. And it impacted Industrial and Material stocks much more than the other two.

Some crazy moves. The bond market suffered a mini-breakdown on Thursday, and it was enough to trigger one of the largest drawdowns from a peak in the history of TLT, the go-to bond ETF for many investors. Source: Ycharts via Daily Shot 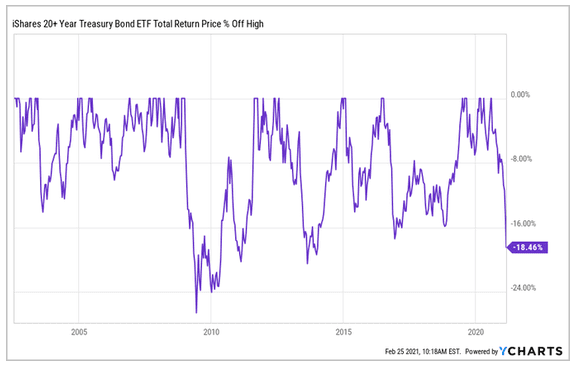 Thanks, inflation. The bond market gyrations are due to a sudden spike in concern about inflation. But it's only in the shorter-term, with longer-term worries about inflation still on the back burner. Source: Wall Street Journal 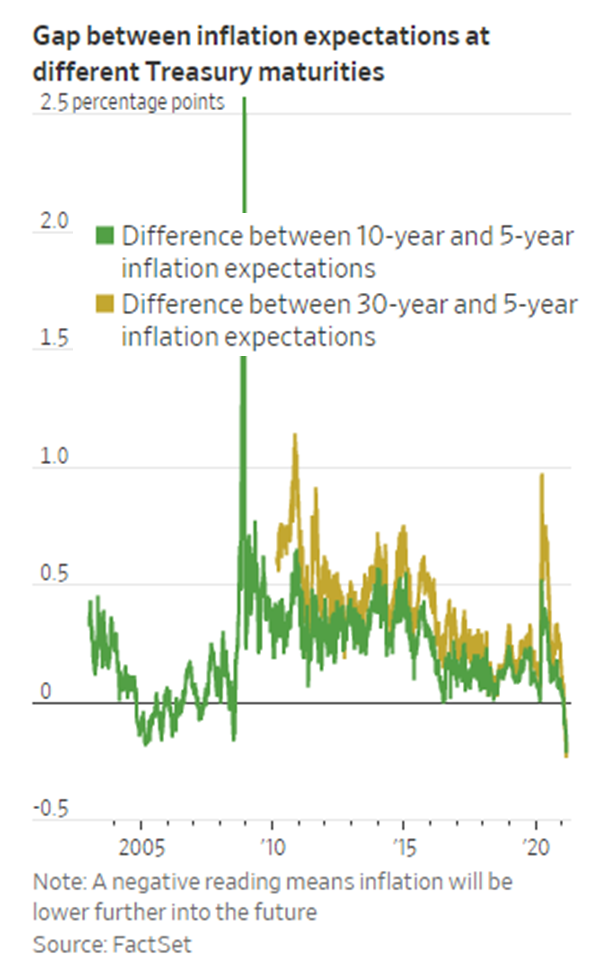 Even bitcoin's getting weird. The recent bout of volatility was enough to push GBTC, the go-to bitcoin fund, to a discount relative to its underlying assets. The fund hasn't given investors the chance to buy the coin at a discount in 4 years. Source: Bloomberg 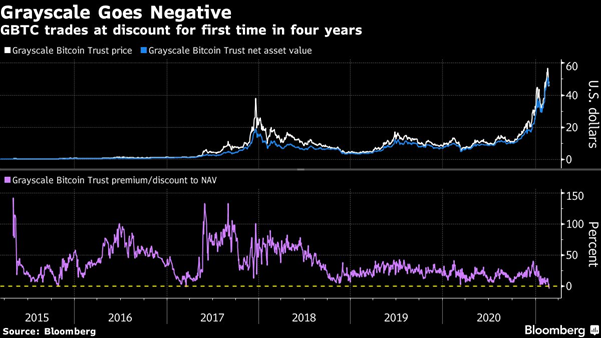 The post titled A broad breakout in recovery stocks was originally published as on SentimenTrader.com on 2021-02-26.