A momentous shift in momentum

There has been a momentous shift in momentum. Former highflyers are losing altitude while stocks that had been left behind are storming back.

We saw this in the extreme movements between Technology and Financials and Energy. 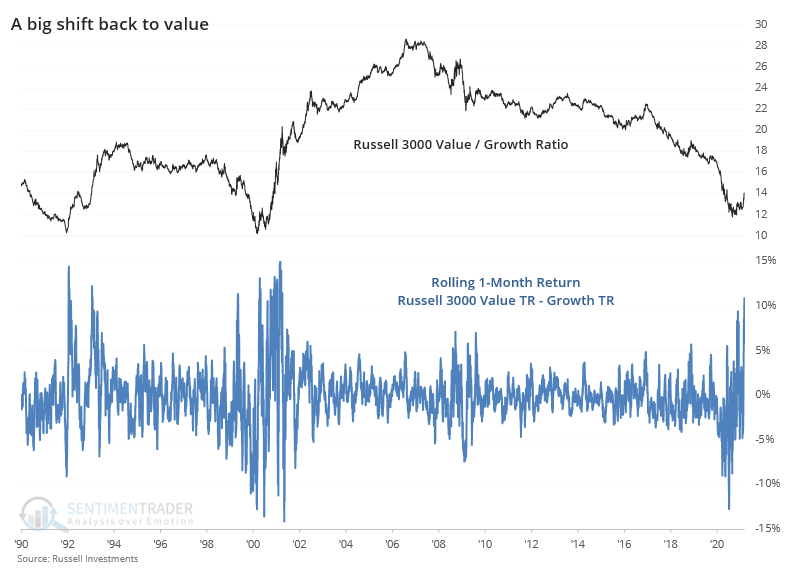 The last two shifts were notable, because they marked the ends of long periods of Value stock under-performance. In the years following those thrusts, Value stocks crushed Growth stocks.

It turns out that's more the rule than the exception.

Check out this interview with Dave Keller of Stockcharts as SentimenTrader founder Jason Goepfert discusses the experiences that helped shape the company's beginnings. 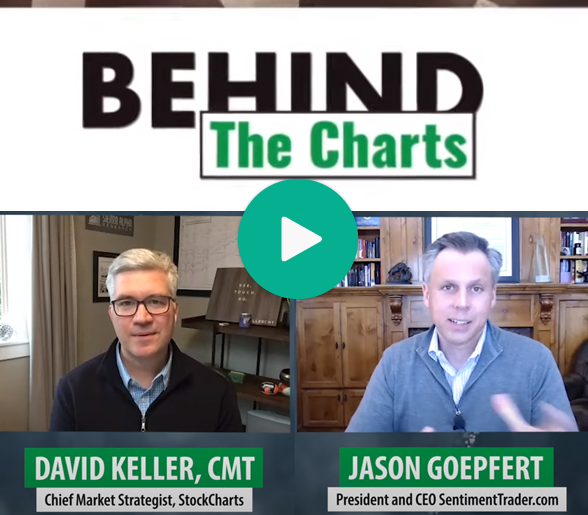 Twitter users love the relation trade. Social Sentiment on the Industrials ETF, XLI, has been skewed heavily toward positive messages on Twitter. Using AI analysis of mentions of the fund, the 20-day Social Sentiment score has dropped to one of the lowest levels in years. This functions like a put/call ratio, so low levels mean that there are fewer negative tweets than positive ones. 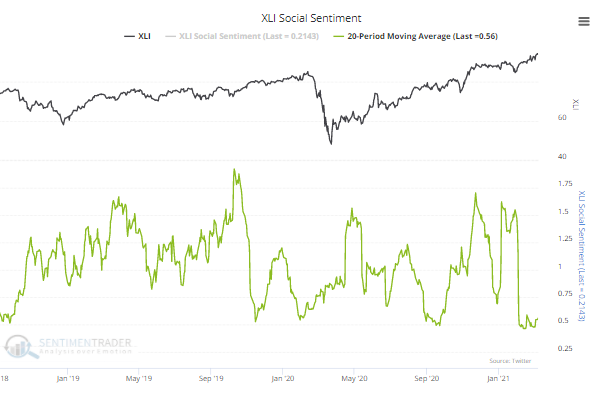 Traders love small-caps again, too. Yesterday, the put/call ratio aggregated across all stocks in the Russell 2000 dropped to an extremely low level, meaning there were relatively few put options traded relative to call options, a sign of optimism. That's a sudden change from the recent spike. 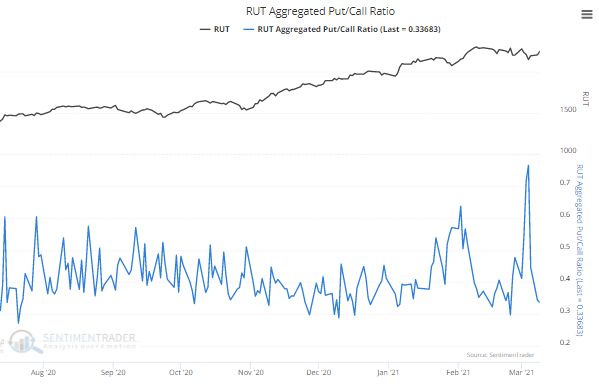 They do NOT love gold miners. Every gold mining stock we track is now in a correction, at least 10% below their highs. It's been this way for the past 5 sessions. The only other time in recent years that every miner was in a correction, and then reversed, is marked on the chart. 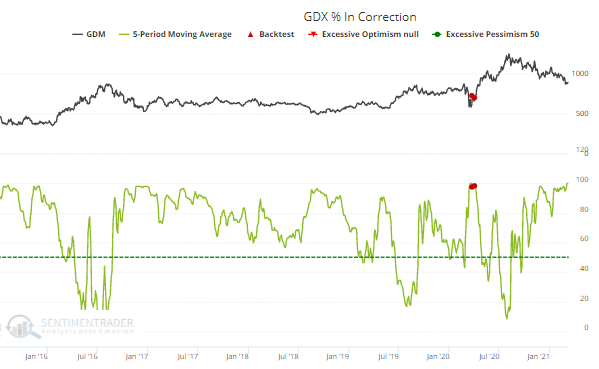 The post titled A momentous shift in momentum was originally published as on SentimenTrader.com on 2021-03-10.