With an increasing number of stocks “splitting” this week, all of the “big four” stock indexes have triggered technical warning signs. The last time the S&P 500, Dow Industrials, Nasdaq Composite, and Russell 2000 all did so was last May right before a pullback.

Even though these kinds of warnings failed last November, they have a very good record over the past 50+ years. They started to trigger right before the worst of the virus-related selling pressure, but these kinds of signals typically have a longer time frame than just a day or two.

There were a couple of times (2004, 2017) when stocks managed to escape mostly unscathed, but it argues for high risk, at least in the shorter-term. All four of the indexes tended to suffer, especially over the next couple of weeks, so none of them provided a good shelter.

Similarly, the Intermediate Term Optimism Index has now turned down from one of its highest levels in history: 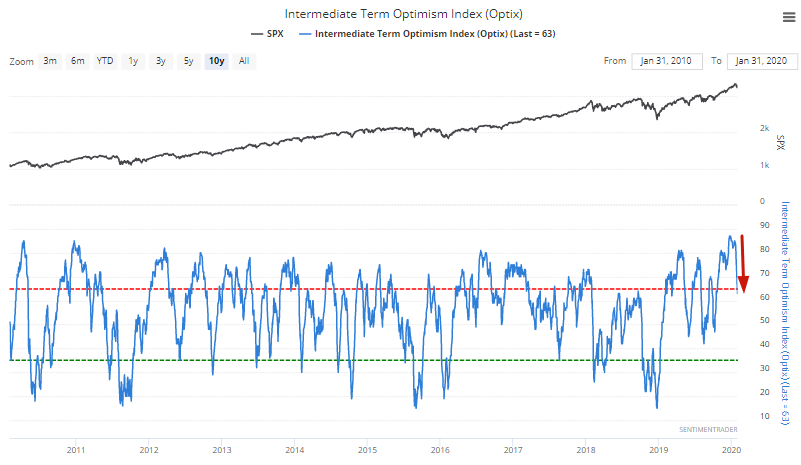 When this happened in the past, the S&P often suffered over the next 2 weeks, but we can see how positive the longer-term returns were below. Granted, it was during a mostly one-side market, but still. 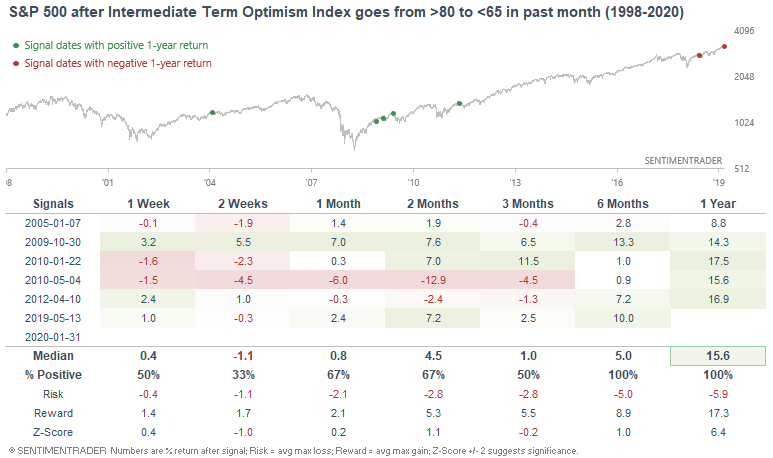 The post titled 'Big Four' Indexes Register Warnings As Sentiment Recedes was originally published as on SentimenTrader.com on 2020-02-03.