Consumers Vs. Investors As Silver Pops

The latest Consumer Confidence reading shows that U.S. consumers continue to demonstrate an extremely positive outlook on their economic prospects. But investors have been selling consumer discretionary stocks in favor of staples, a more defensive posture.

When Confidence was high but the ratio of discretionary to staples was rolling over, stocks showed higher-than-average risk across all time frames. Staples tended to outperform discretionary stocks, especially over the medium-term.

Economic surprises in general have been terrible for months on end. That’s starting to change, and it’s being driven by positive retail-related reports. Surprises there have far exceeded expectations, as opposed to the industrial sector, which is lagging badly.

It seems like this should be a good thing. The economy is heavily influence by consumer spending, and if those reports are popping, then perhaps the lag in the industrial side isn’t as much of a concern.

That's the theory, but in reality it didn't pan out that way most of the time.

The Geo-Map shows that South American countries have the lowest level of optimism. 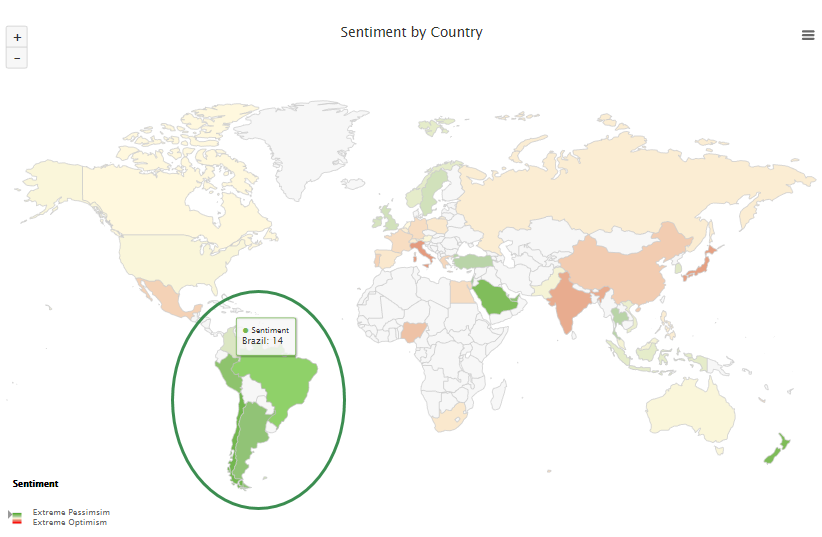 In Brazil, the 20-day Optimism Index has declined to 30. The Backtest Engine shows that since the financial crisis, 133 days have had a reading this low, and a year later the EWZ fund was higher after 124 of them by an average of more than 30%. 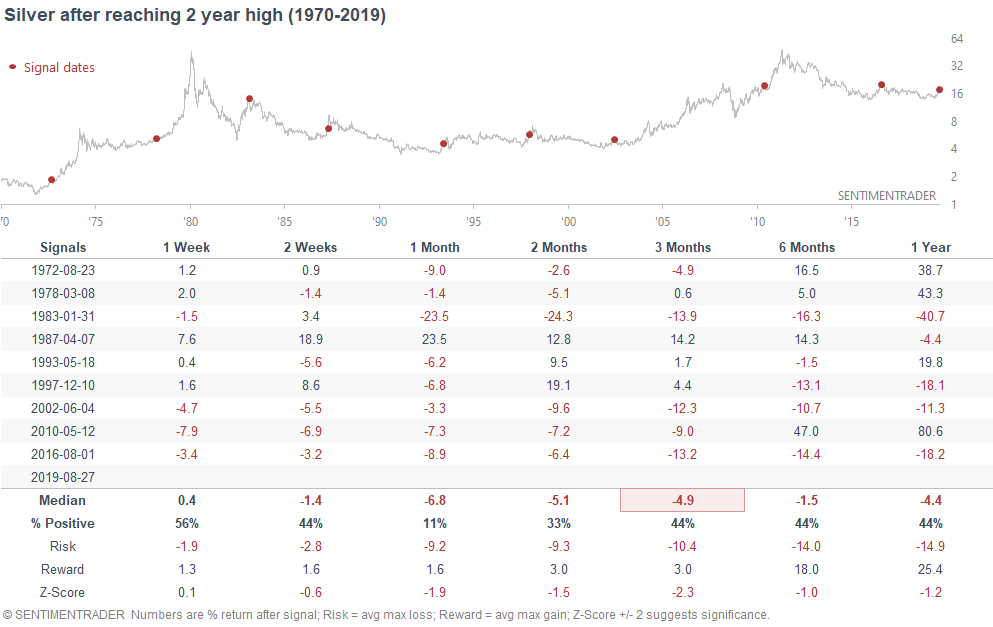 The post titled Consumers Vs. Investors As Silver Pops was originally published as on SentimenTrader.com on 2019-08-28.