Last week, the S&P 500's medium-term trend overtook its long-term trend for the first time in months. While the technical signal itself is suspect, the fact that the index erased such a wide spread between trends has been universally positive over the next 6-12 months in recent decades.

At about the same time, the dollar's trends were reversing to the downside. And now copper is joining the S&P with a Golden Cross after a wide negative spread between its 50- and 200-day moving averages. The last time it did this, the metal soared over the next year. 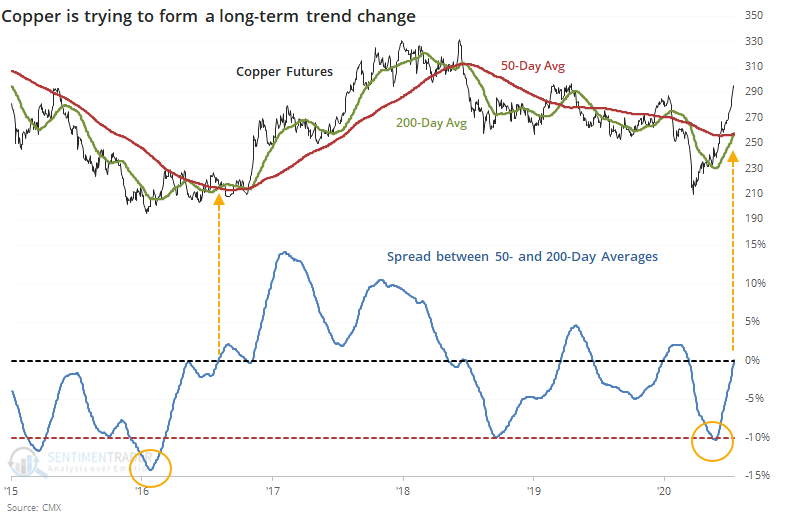 That trend change in 2016 was more the exception than the rule. Only once, in 2009, did it equate with an immediate and sustained bull market. All of the other signals showed a loss either 2 or 3 months later.

The post titled Copper joins the S&P's technical buy signal was originally published as on SentimenTrader.com on 2020-07-16.