As stocks climbed incessantly higher to start the year, corporate insiders became hesitant. Among S&P 500 companies, there was a multi-year low in the number of insiders buying their firm's shares on the open market.

The pandemic changed all that. As other investors panicked, insiders picked up shares on the cheap. They're still going. The number of insiders that have bought shares in S&P 500 companies within the past six months has soared to a decade high.

They're maybe not seeing quite the same values in big tech stocks. Insider buying among Nasdaq 100 companies has been tepid. 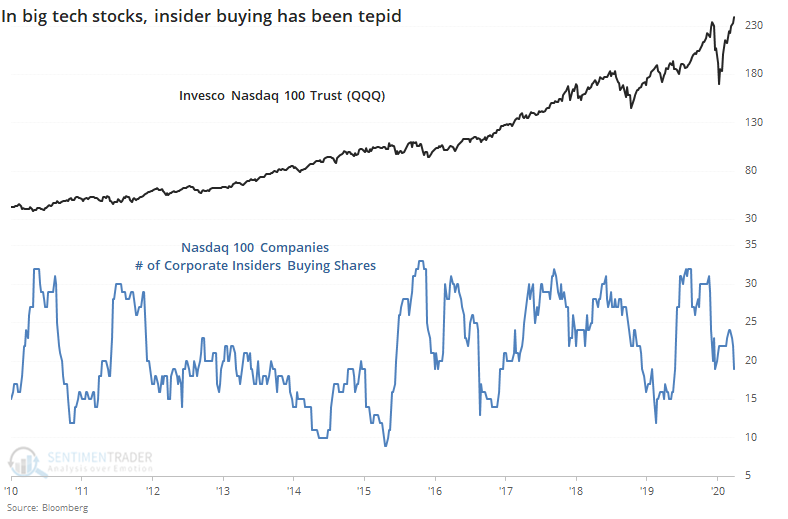 Insider buying in S&P 500 stocks is now the highest since at least 2010 relative to buying in Nasdaq 100 stocks.

Other times when insiders in S&P stocks were much more aggressive buyers than insiders of Nasdaq 100 stocks, the ratio between SPY and QQQ showed a modest tendency to rebound in the months ahead.

The post titled Corporate insiders like S&P 500 stocks a lot more than Nasdaq 100 ones was originally published as on SentimenTrader.com on 2020-06-12.