Crypto is getting a little crowded

Each month, Bank of America posts a survey to its clients, covering around $560 billion under management.

We've looked at the survey many times in the past, with the conclusion that it tends to have a slight, and inconsistent, contrary bias. This may be very smartest of money, but extremes in group-think among any population can be an issue.

One of their popular visuals is which market these managers feel is the most crowded trade. This month, it was being long bitcoin.

That market was chosen as the most crowded twice before, in September and December 2017. 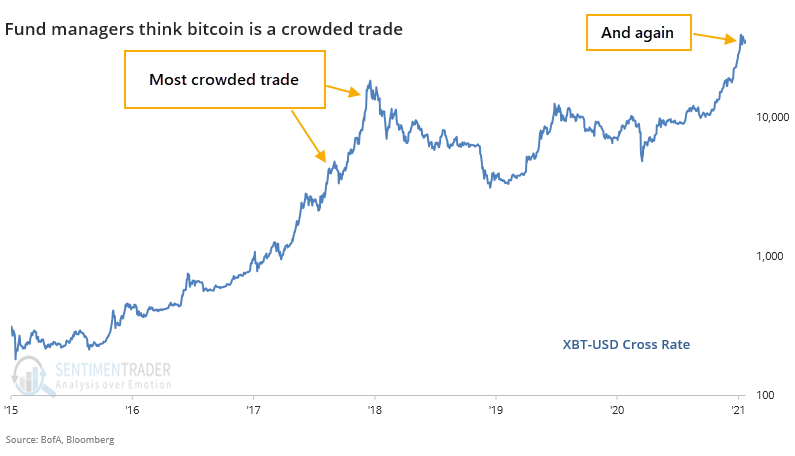 In September, we looked at how effective it would have been to take the opposite side of the most crowded trade every month, going back about 8 years. That previous pick of bitcoin stands out as the all-time best fade among all the picks.

Corporate insiders have directed their companies to increase the purchases of their own companies' shares, while the officers themselves sell heavily. Source: Bloomberg 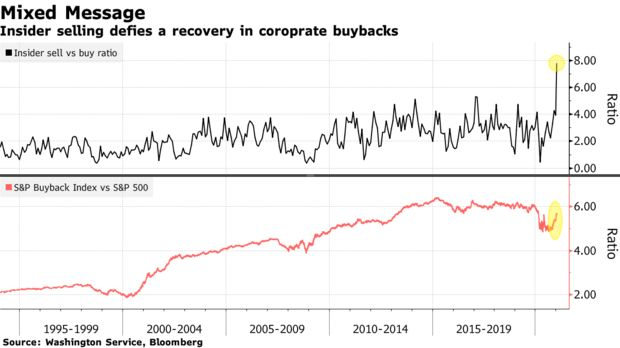 Insiders might be selling, but newsletters keep telling their subscribers to buy. More than 60% of letters have a bullish bias for the 9th consecutive week, one of the longest streaks since 1969. Source: Hedgopia 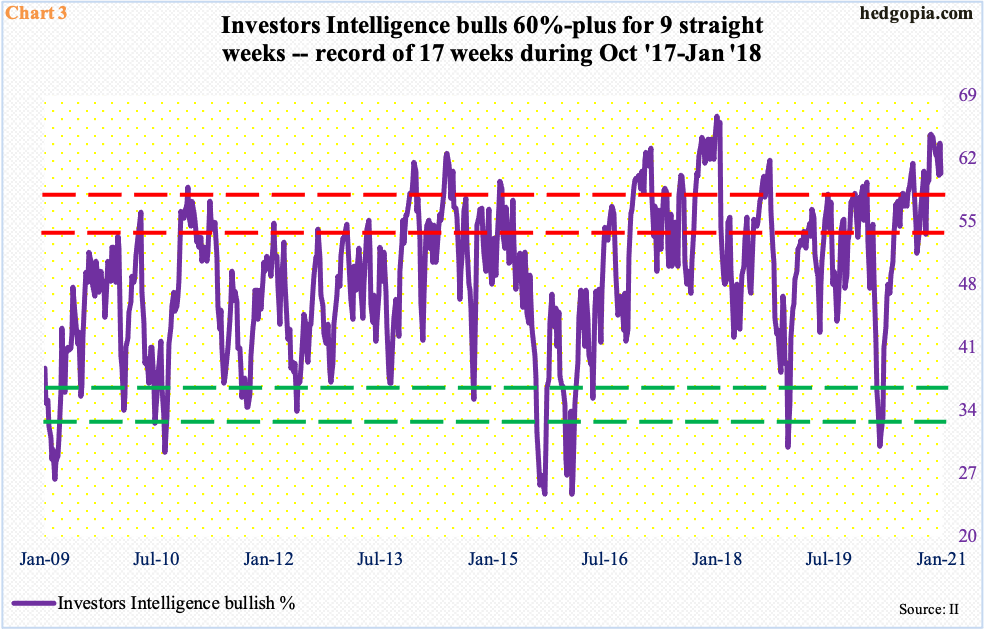 Bitcoin actually can move both directions, eh? We pointed out a couple of weeks ago that skew in bitcoin options was showing that traders were betting heavily on the rally to keep going. Now there is a little fear showing up, and put options are being bid. Source: Coindesk 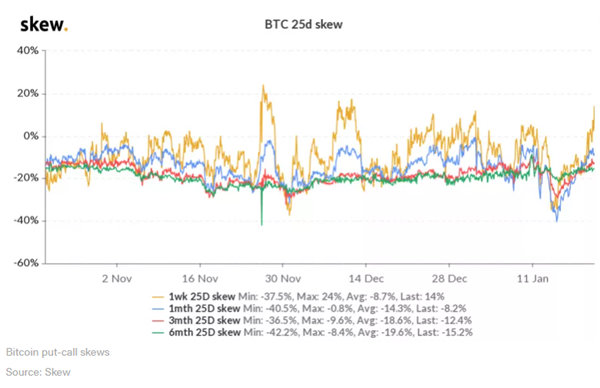 The post titled Crypto is getting a little crowded was originally published as on SentimenTrader.com on 2021-01-21.