Despite a drop in speculative options activity, sentiment among trend-followers is still higher than it has been at almost any low over the past 20 years.

The week before last, speculators became a bit less aggressive. That continued last week, with a drop in speculative call buying among the smallest of traders, and an uptick in protective put buying.

That less aggressive behavior helped to push Dumb Money Confidence lower, now just below 60% after peaking above 75% a couple of weeks ago.

If the S&P bottomed on Friday with Dumb Money Confidence at 59%, then it would be the highest reading we've ever seen at a 1-month bottom. In other words, it would be extremely unusual to see stocks form a low while Confidence was still so high. 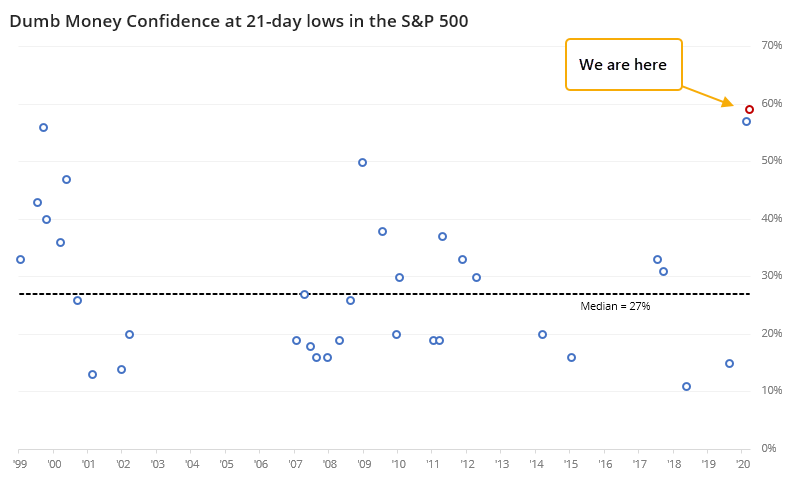 There were only a few times when stocks formed a 1-month low with Dumb Money Confidence above 50%; the median reading was only 27%, more than 30% below Friday's level.

1. Despite fears, stocks usually go up after presidential elections, no matter who wins - Morgan Stanely 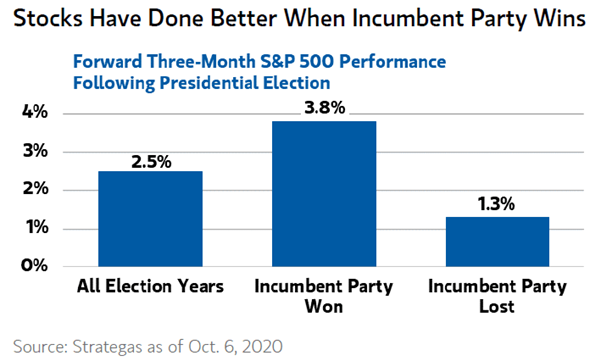 2. Because stocks usually go up, anxiety goes down and volatility drops - Of Dollars And Data 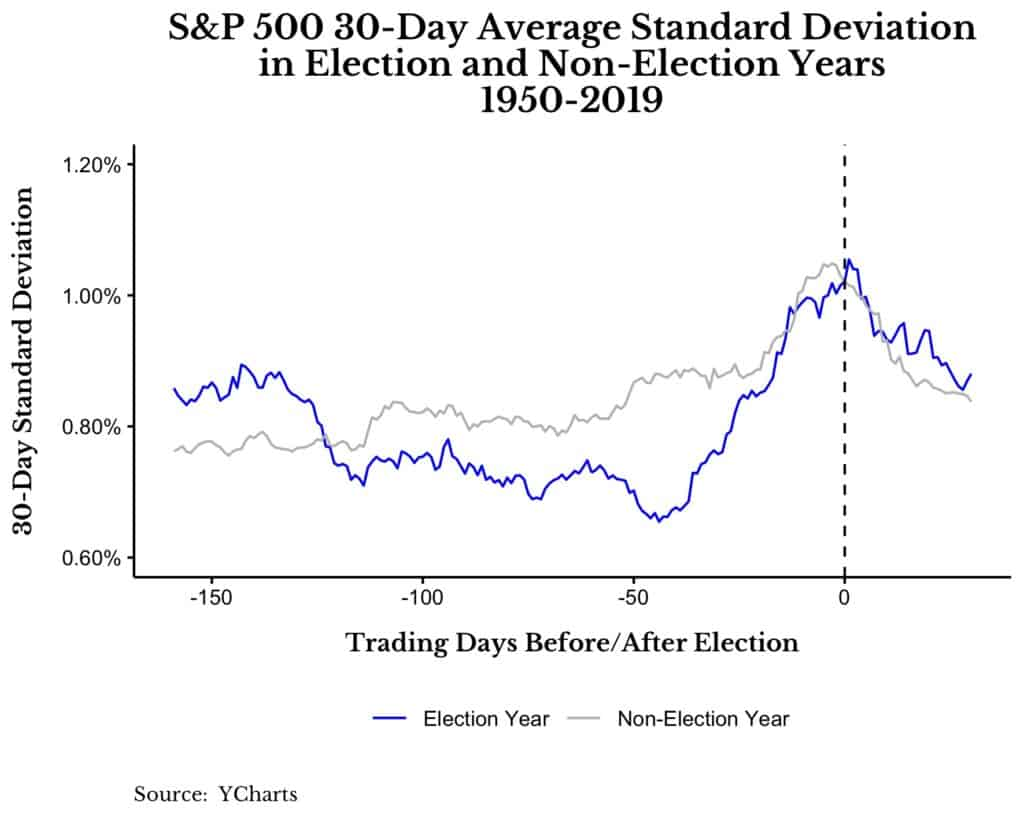 3. Despite the hoopla, stocks typically don't move all that much following elections - Statista

The post titled Despite losses, Dumb Money Confidence is still pretty high was originally published as on SentimenTrader.com on 2020-11-03.