Dumb Money Confidence has made a furious comeback

The dumb money is confident again.

After a streak of optimism, Dumb Money Confidence turned pessimistic at the end of September. The ends of other long streaks of optimism led to higher prices, as buyers finally saw a good chance to step in.

The lack of optimism didn't last long, and now it's back to an extreme. On the lower end of that threshold, but still. 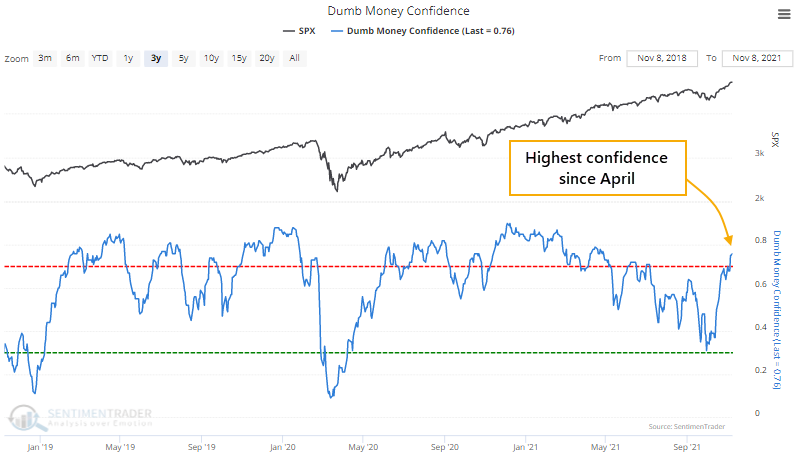 We update several other models of sentiment based on public information released by other sources. And each of them is showing similarly high levels of optimism among those who tend to be wrong at extremes.

If we combine all four models into one, we can see how a broad cross-section of sentiment-related measures compares versus other periods. And there are almost no precedents.

This composite model never got above 90% since we have data starting in 1998...until this year.

Yellow metal is white hot. The Optimism Index (Optix) for the GLD gold fund soared to 88% as traders rushed in after a high CPI print. This is only the 2nd time it's been so high this year, the other marking gold's peak. Gold bugs need to hope this time is different. 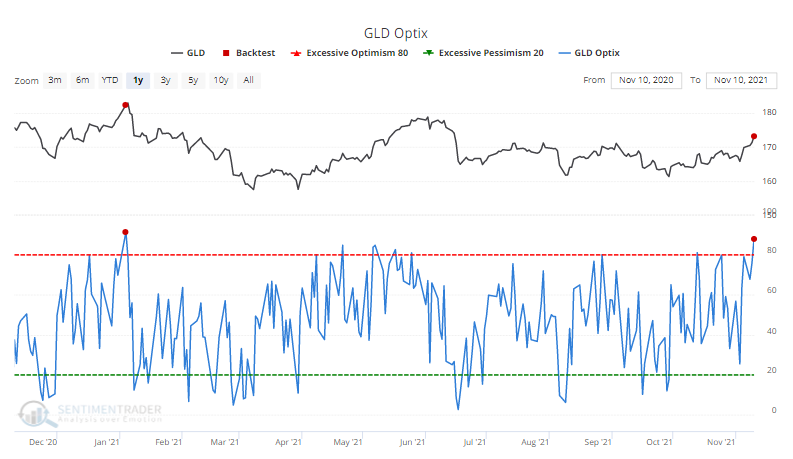 Seasonality spy. Taking a peek at seasonal gyrations in the most important ETF in the world, we can see that SPY has closely followed its typical yearly pattern (its path, not its magnitude). If it continues, then SPY might be in for a couple more weeks of choppiness. 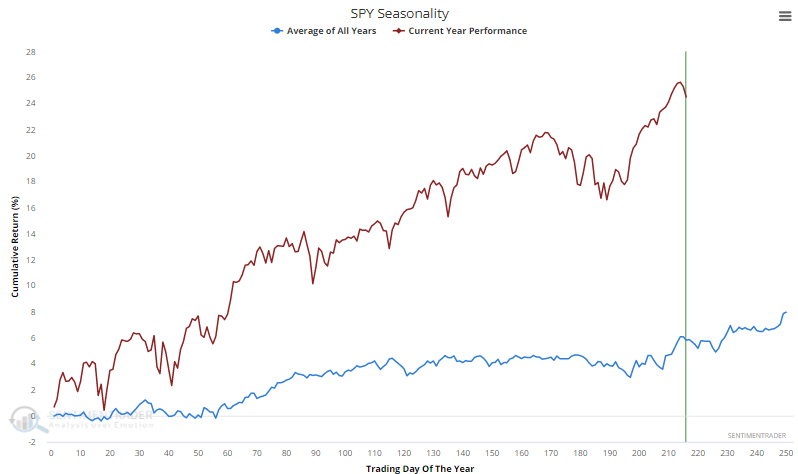 Not hedging their bets. Options traders on stocks included in the XLK Technology fund increased their put activity a bit. But activity in call options is still about twice as heavy as put options, among the lowest levels of the past year. 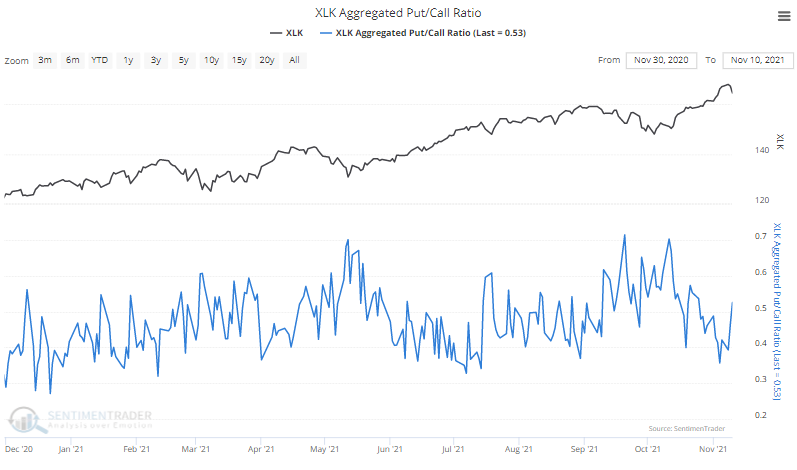 The post titled Dumb Money Confidence has made a furious comeback was originally published as on SentimenTrader.com on 2021-11-11.