Standard & Poor’s is estimating that operating earnings among the 505 companies in the S&P 500 index will decline from where they were a year ago, the worst result in several years.

Stocks have seemingly not priced in that possibility. When we filter the signals for those quarters when the S&P was within 5% of a new high (using quarterly closes), then returns suffered quite a bit, with an especially ugly risk/reward profile over the next year.

It didn’t lead to anything nasty in 2012, and even 2014 wasn’t that bad, so that dents the bearish argument somewhat.

High yield spreads are rising, and recently made a new high relative to its high in December/January: 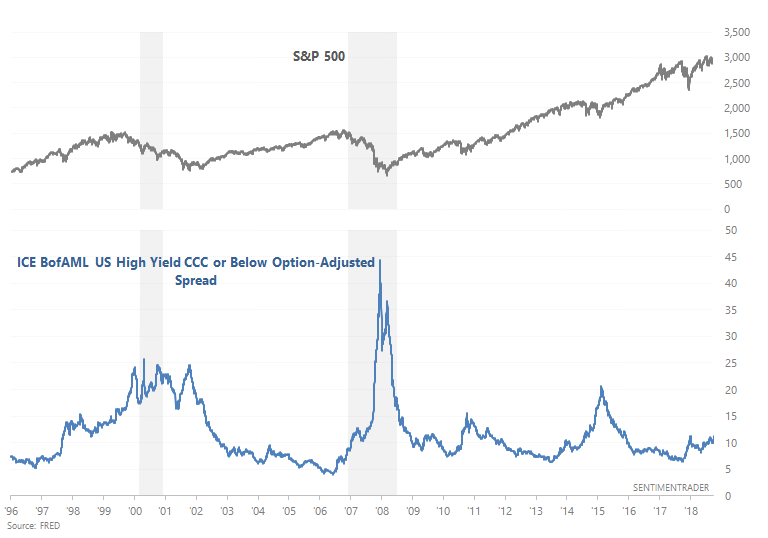 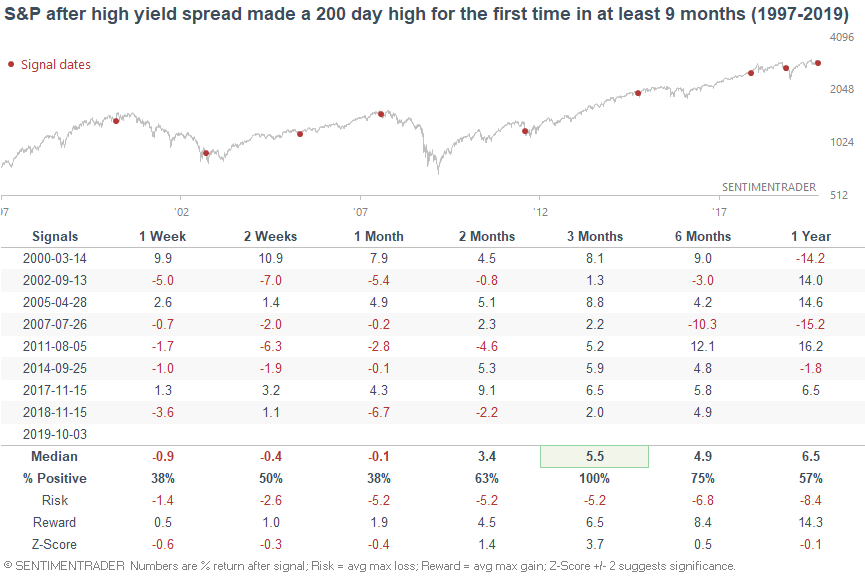 The post titled Earnings Slump And Junk Spreads Blow Out was originally published as on SentimenTrader.com on 2019-10-09.