ETF traders pull out of small caps as fear creeps in

The IWM small-cap fund has been suffering one of its worst stretches in a decade, with ETF traders consistently pulling money from it over the past three weeks.

Options traders have also been paying up for the protection of put options. These are both modest positive for small-caps, mostly in the short-term. They’re still fundamentally unhealthy, with the percentage of small-caps above their 200-day averages unable to hold above 60% like a healthy market would.

With stocks falling right now, our CNN Fear/Greed Proxy model has fallen to 30: 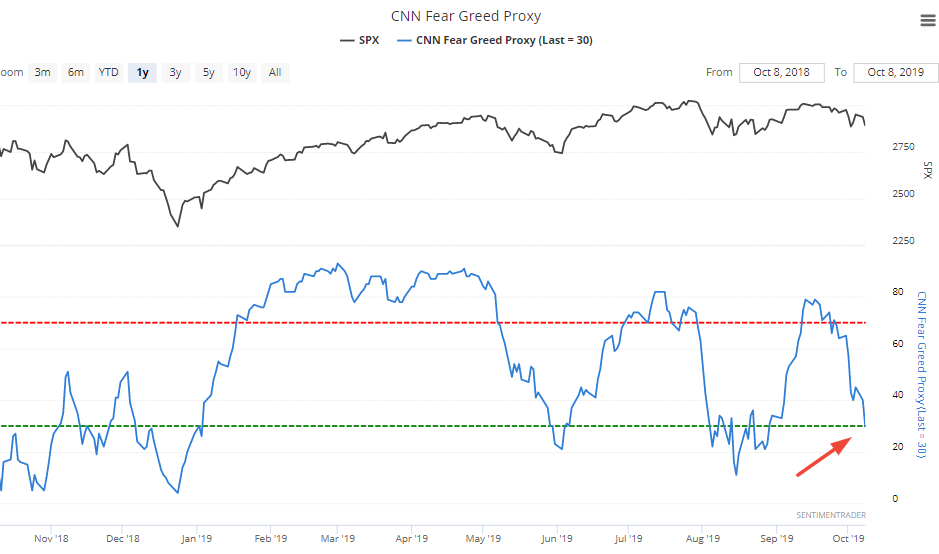 While it's tempting to think of this immediately as a bullish sign for stocks, it isn't. When Fear/Greed first hits 30, the stock market can continue to fall over the next 1-2 weeks, after which it rebounds. Even if we isolate for cases that occurred while the S&P was above its 200 dma, we get the same results. The S&P tends to fall more first before it can rally. 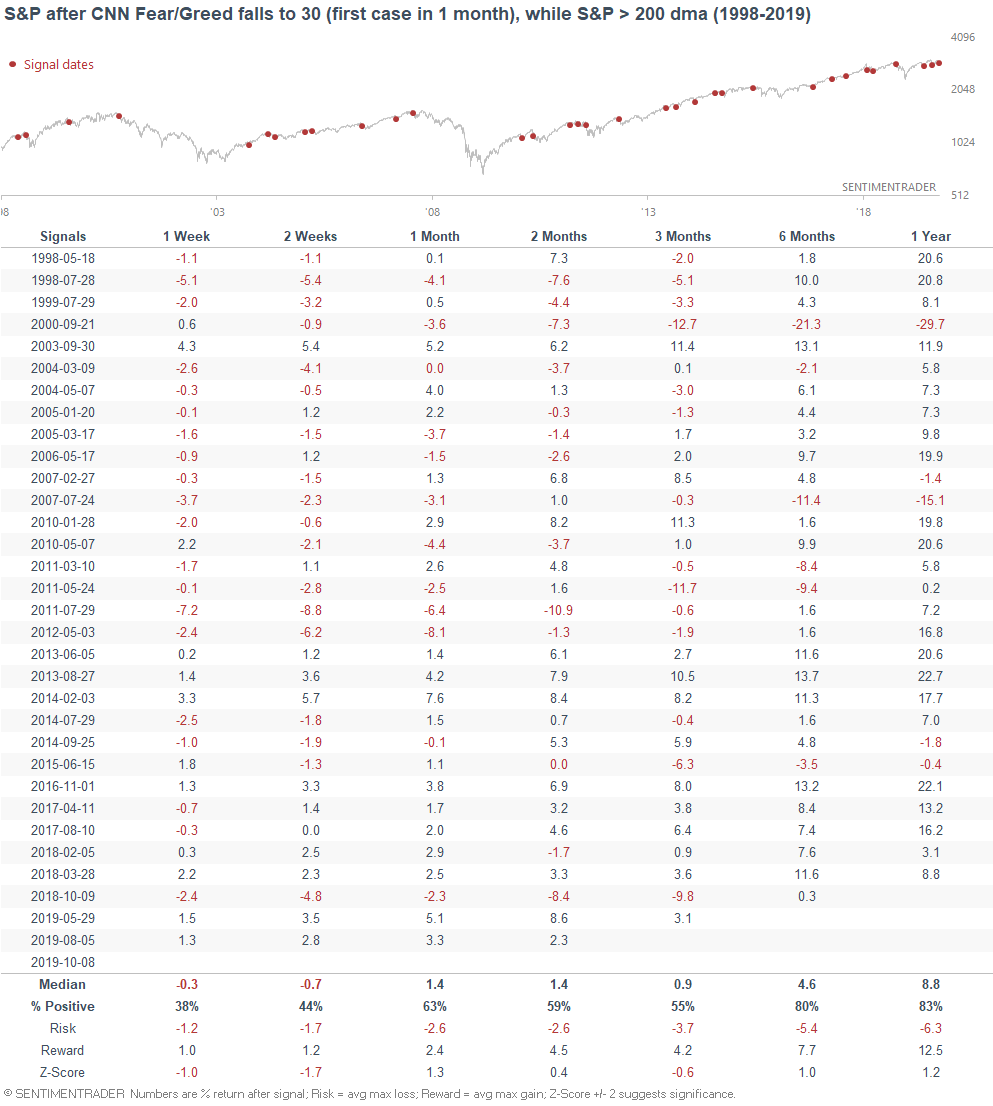 The post titled ETF traders pull out of small caps as fear creeps in was originally published as on SentimenTrader.com on 2019-10-10.