When gold tries to change its long-term trend, it usually struggle. Its sensitivity to economic surprises and interest rates also hasn't helped the outlook over the past few months.

After a June plunge, though, gold has been treading water until recently. After a good week, gold is now trading in the upper end of its 2-month range. Gold mining stocks, however, are struggling.

Looking at each of them relative to their ranges of the past 2 months, we can see how stark this divergence is. 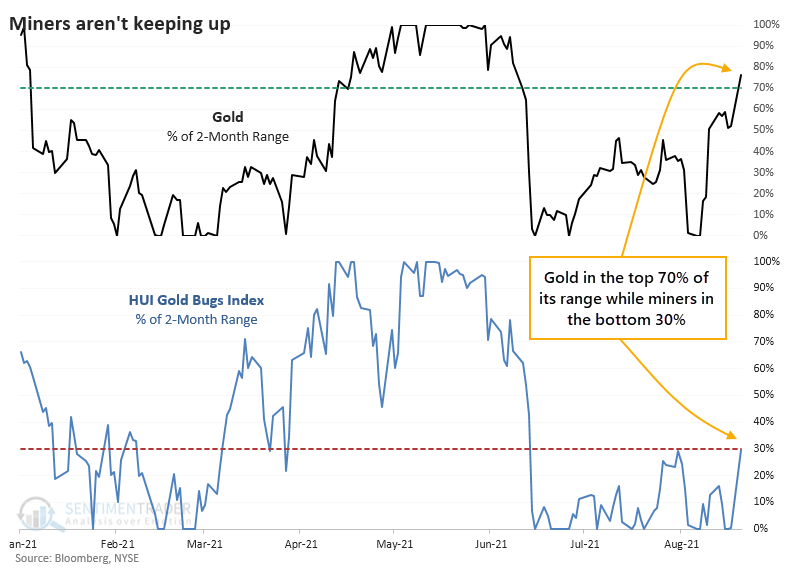 When mining stocks were in a downtrend at the time, this was not a good sign. After similar divergences between gold and mining stocks, both gold and miners struggled in the weeks and months ahead.

Weakness over the past few weeks, in particular, has meant that some of the breadth metrics among mining stocks that we calculate are starting to reach oversold levels. For example, last week, more than a third of mining stocks fell to a 52-week low, the most in 3 years. That's a high number for a medium-term washout but is well under the 50% or higher figure we see during long-term panics.

No yen for the yen. Out of all markets we cover, the 100-day Optimism Index for the Japanese yen is the lowest. It's just now trying to curl higher from its 3rd-lowest reading of the past 20 years. 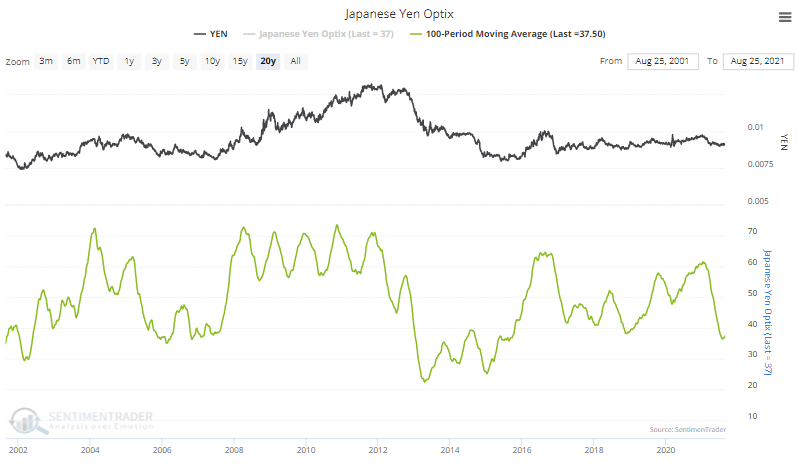 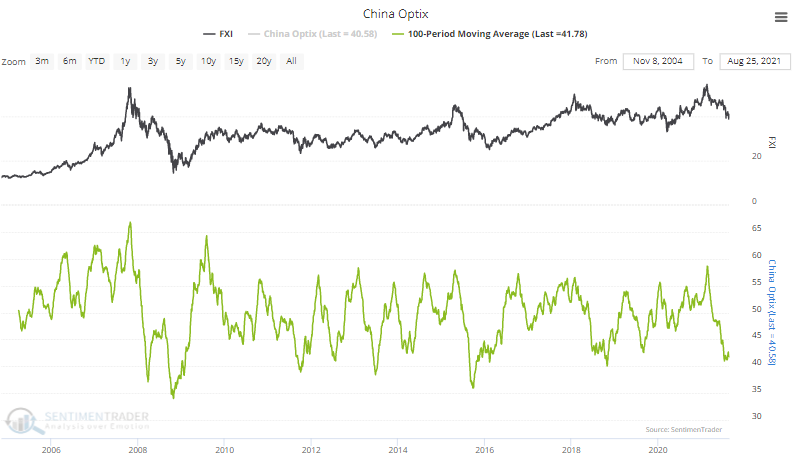 Sugar high. On the other end of the spectrum, a market with the highest average Optimism Index over the past 100 days is sugar. It's currently at the highest level since 2006. 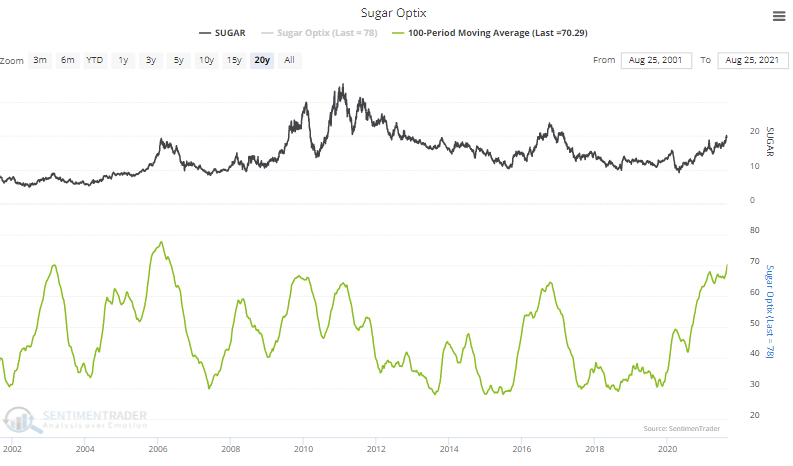 The post titled Gold Bugs Haven't Liked This Trend was originally published as on SentimenTrader.com on 2021-08-27.