Gold miners have done this 2 times in 5 years

The long-term uptrend in gold may be teetering on the edge, which has a debatable tendency to lead to more weakness. When it comes to miners, they've gotten hit hard enough that on an average day over the past 2 weeks, only 20% of them were holding above their 200-day moving averages.

Putting this into context, it comes on the heels of a period when more than 85% of them were above their long-term average. They have cycled like this 2 other times in recent years. 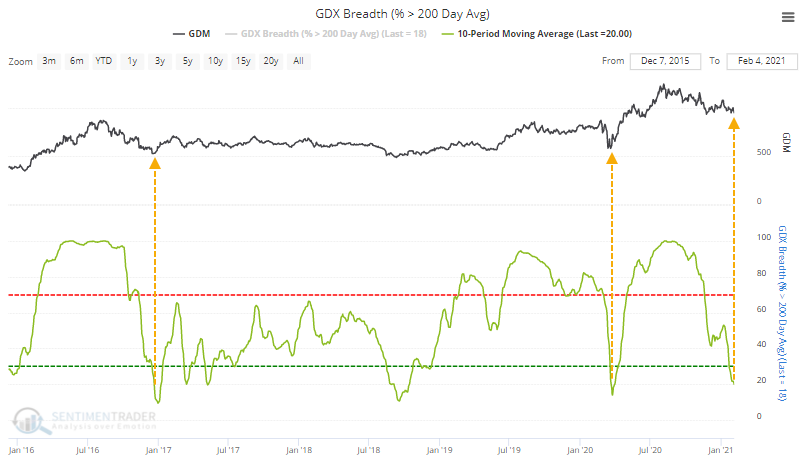 The group isn't just oversold (or getting there, anyway), they've consolidated after a major upward momentum burst. That's the kind of thing that hasn't rolled over easily in the past, at least judging by all similar patterns since 1986.

The average person gets interested in the stock market after a major event that brings it into the wider consciousness via mainstream TV and newspapers. Not this time. This is really the first time in 15 years we've seen interest piqued by a rally and not a decline. Source: Google

So, they're buying the S&P 500. There has been a surge in money flowing into the main ETFs that focus on the S&P, with record inflows last week. Source: Bloomberg TV 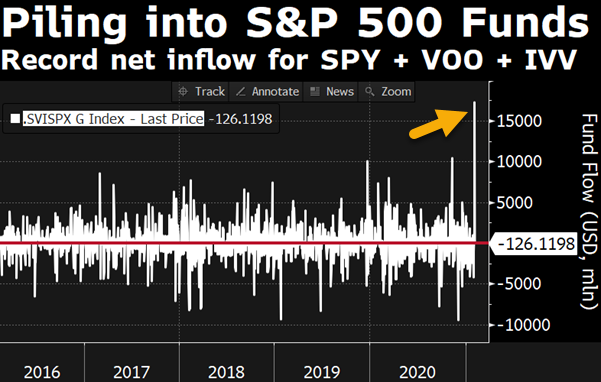 Early bubble warning. This kind of activity has generated a higher probability that we're in a long-term bubble. Source: Financial Crisis Observatory 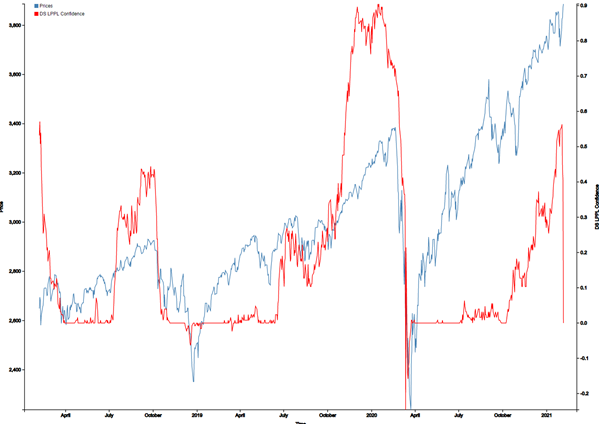 The post titled Gold miners have done this 2 times in 5 years was originally published as on SentimenTrader.com on 2021-02-08.