Hedge Funds Are Ramping Up Their Exposure

Hedge funds are ramping up their stock market exposure, and the VIX "fear gauge" is rising along with stocks.

For most of 2019, hedge funds employing different strategies all were seemingly avoiding stocks. Their sensitivity to movements in the S&P 500 were very low, or even negative at points during the year. That recently changed in dramatic fashion, with their estimated exposure ramping up to the highest level in years.

It’s not a perfect indicator, but high levels of exposure have tended to lead to below-average future returns in the S&P 500, and vice-versa. Over the past 17 years, when Exposure was negative, the S&P rose at an annualized 13.0%; when Exposure was above 50% (where it is now), that slipped to 4.3%.

As Bloomberg noted, both the S&P and VIX have gone up together over the past 2 weeks, which could be a short term bearish sign for stocks. The last time this happened was in May 2019, just as stocks pulled back:

If we run the numbers, this has been a slight bearish factor for the S&P over the next week, but it hasn't been terribly or consistently bearish. 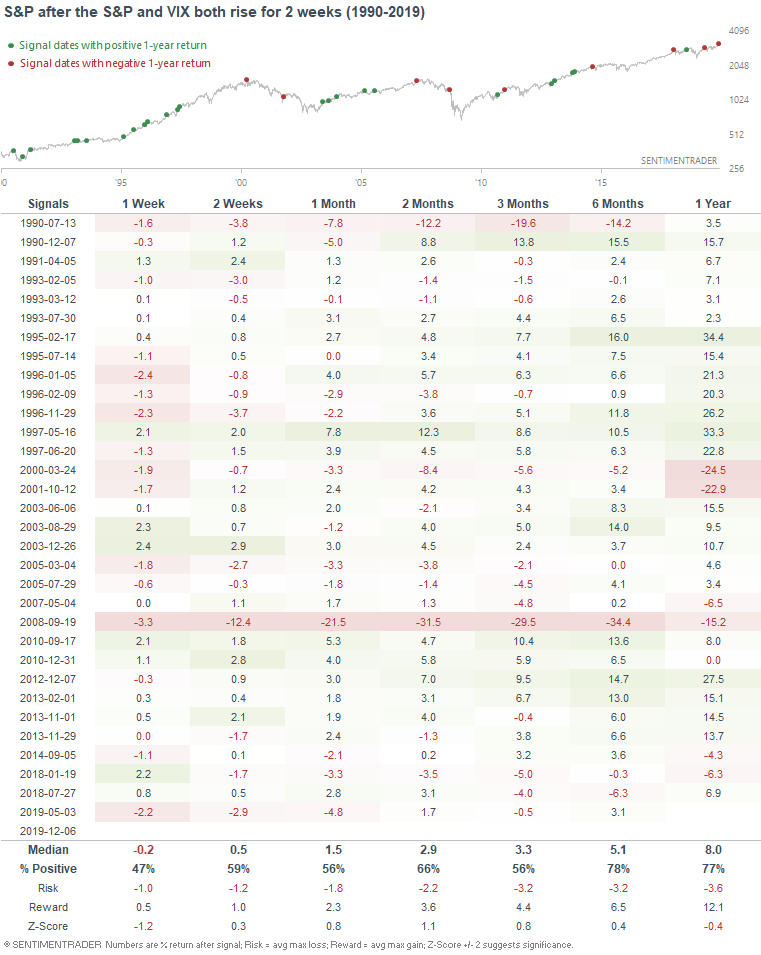 The post titled Hedge Funds Are Ramping Up Their Exposure was originally published as on SentimenTrader.com on 2019-12-11.