There is a broad spectrum of investors looking for the dollar to rally, which should help trigger a pullback in stocks, metals, and commodities. The trouble is, many of their arguments were the same ones used in September.

On the surface, the arguments have a little bit of support. The buck closed above a widely-watched moving average for the first time in months on Monday. That ended a streak of 2 months below that average, the longest in nearly a decade. This is the kind of streak the dollar consistently underwent during structural bear markets, with only the last one in the sequence (sometimes) ending up leading to sustained gains.

It's a tempting argument, with large speculators holding nearly 40% of dollar futures open interest net short, one of their largest positions ever. On a chart, it seems like the extremes tend to line up with turns in the dollar, but charts can be misleading. 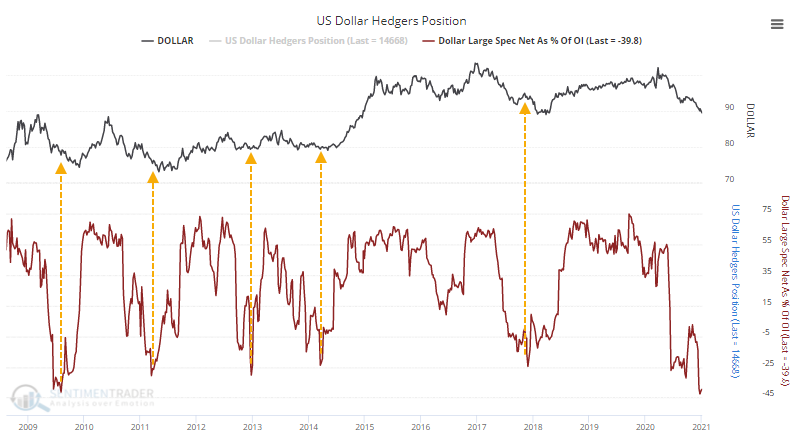 When we look at all substantial 3-day rallies in the dollar when speculators were holding a large net short position, we can find no consistent evidence that this is the type of behavior that leads to short-covering. In fact, the best-performing market over the next 3 months was one that a rising dollar should hurt the most.

This is why we test - markets do a very good job at screwing with people who try to use logic instead of human nature.

For immediate access to all the research with no obligation, sign up for a 30-day free trial

Don't mix business and politics? Don't tell small business owners that. There was a jump in optimism when the Trump administration took over, and now...not. Source: Piper Sandler via Daily Shot 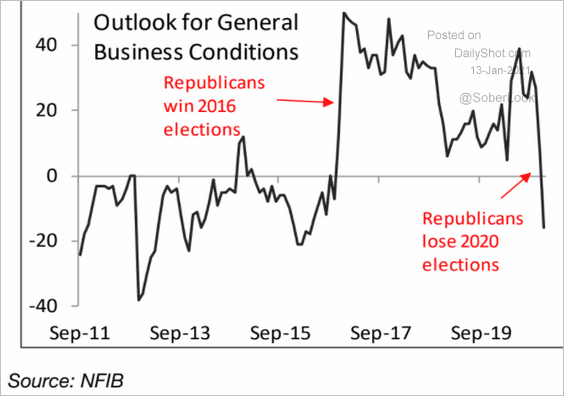 Business owners might be feeling a little less optimistic, but day traders sure aren't. Powerd by social media hype, "story" stocks have been taking off, and not letting up yet. Source: Wall Street Journal 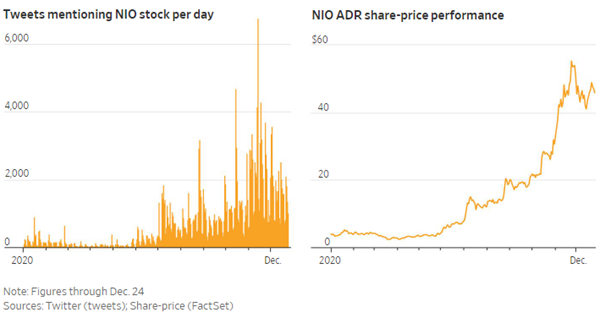 This is the kind of activity that draws investors - okay, traders - into penny stocks. Volume there has been exploding, and for now, it has been rewarding. Source: Bloomberg 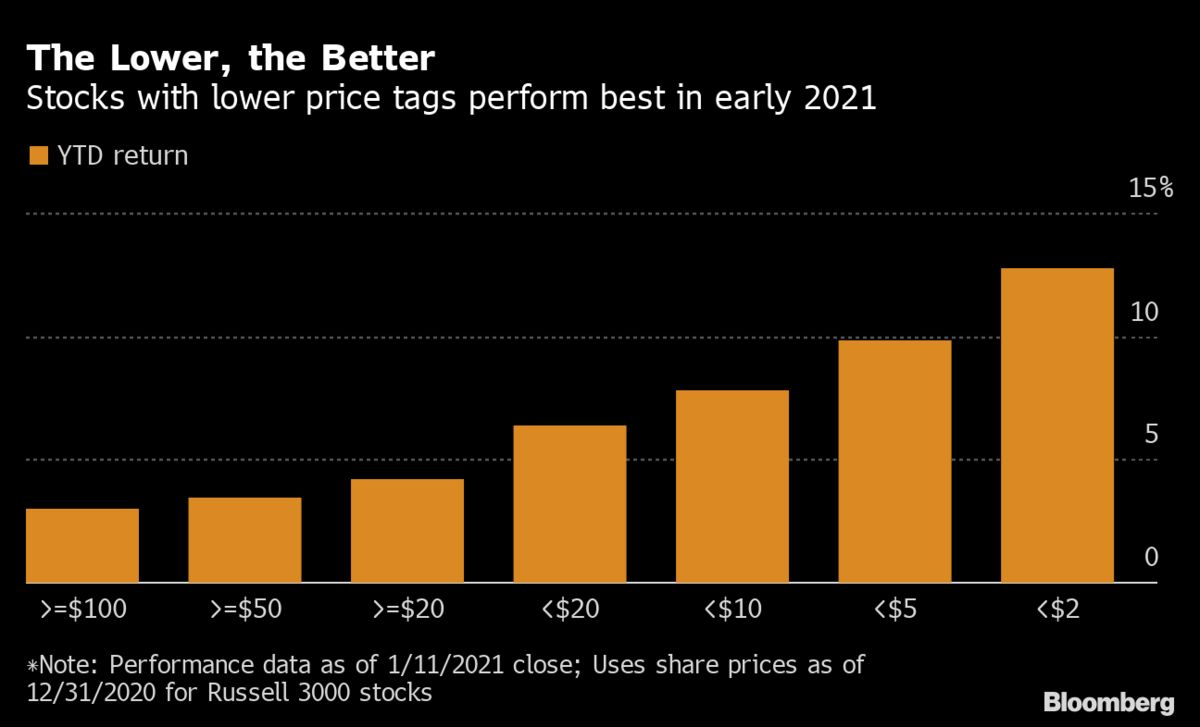 The post titled Hedge funds are shorting the dollar like crazy was originally published as on SentimenTrader.com on 2021-01-13.