Is This A Blow-Off Top?

The S&P might be showing signs of a blow off top, and the range in Chinese stocks is very small.

Heading into Thanksgiving, stocks just couldn’t lose. The S&P 500 managed to sport a positive return on all common time frames, with a strong median gain, while hitting new highs to boot. 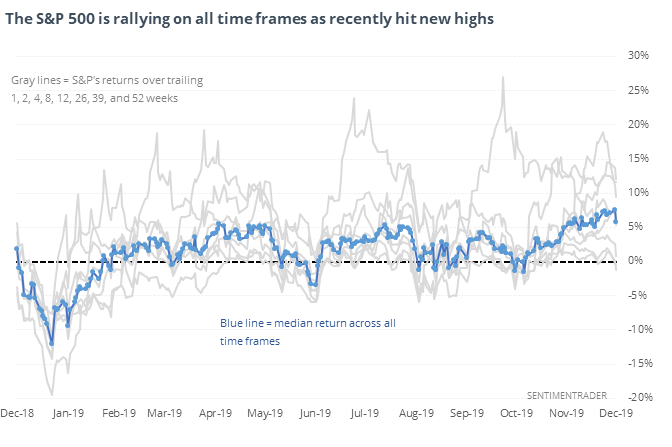 This kind of price strength signaled blow-off conditions a couple of times, but it was not a reliable signal that the gains are too much. Of the 20 times this signaled, only 3 preceded more than a 10% drawdown at any point during the next year.

While many stock markets have been rallying over the past few months, the Shanghai Index has gone nowhere. The Shanghai Composite Index has gone 72 days without a daily move of -2% or +2%, which is an incredibly long streak for a market that's usually jumpy. 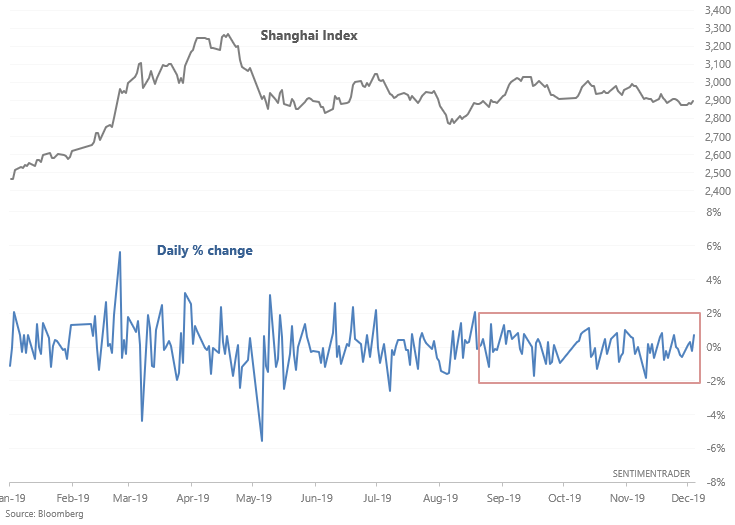 When this happened in the past, the Shanghai Composite Index usually fell over the next 1-2 months. The only bullish case was in 1991, just as this index was being launched. 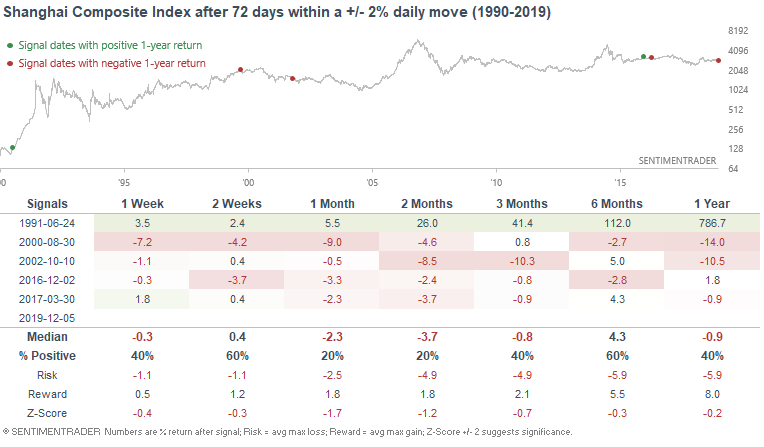 While the sample size is awfully small, it's at least interesting to note that when the Shanghai broke to the upside in the short-term, it also rose over the next 3-6 months. When it broke lower initially, then it tended to keep going down. Hard to read too much into that given the sample size, though.

The post titled Is This A Blow-Off Top? was originally published as on SentimenTrader.com on 2019-12-05.