It was a historically persistent and consistent rally for the S&P 500 in the first half of 2021, and things aren't changing much. After a blip on Monday, the index is right back to a record high.

For smaller stocks, it's been much more of a struggle. The Russell 2000 hasn't set a new high for more than 90 days now. 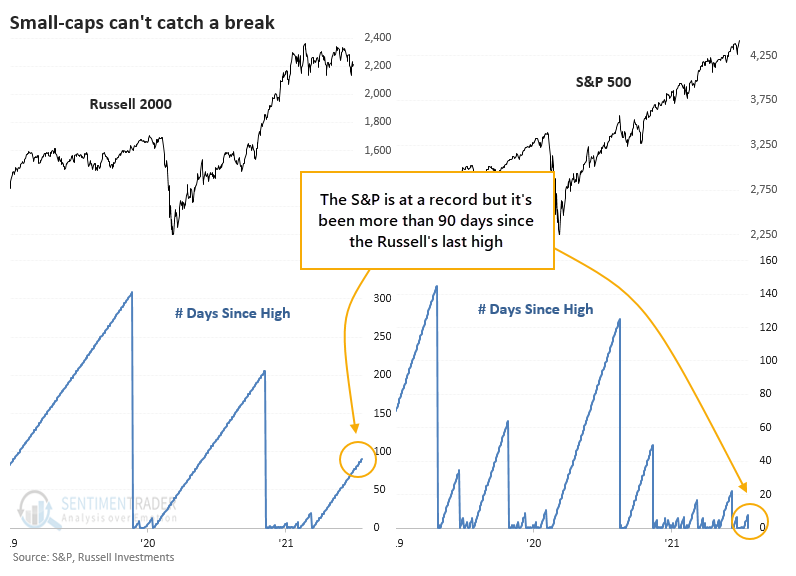 This is part of the reason why some breadth metrics have been struggling. Divergences like that do tend to precede trouble, but clearly, that's having no impact yet and hasn't for this entire year.

If we focus on the interplay of the two indexes and look for times when the S&P set a new high with the Russell not having done so for at least 90 days, it wasn't a bad sign at all.

Over the next six months, the S&P showed a positive return after 20 out of 21 signals, and the sole loser was erased in subsequent months. Over the next 6-12 months, the risk vs. reward was impressively skewed to the upside.

Cracked. The NYSE Arms Index skyrocketed to its highest point since Aug. 2019. This shows that volume was overwhelmingly focused on declining securities on Friday. 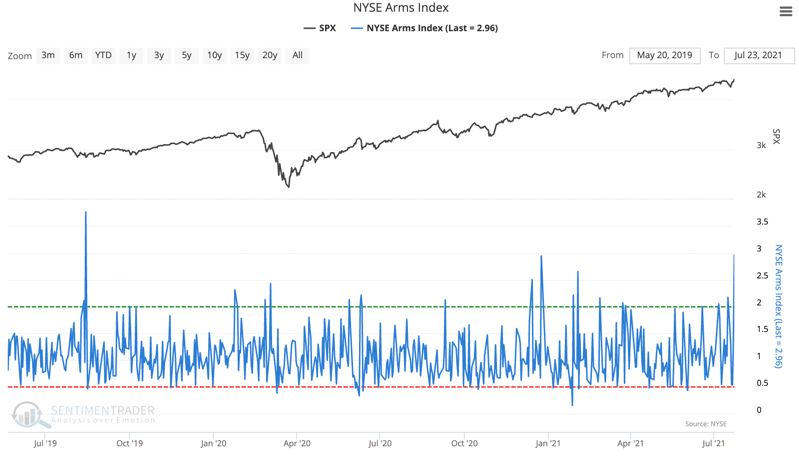 Polar opposites. The United States has the highest optimism rating according to our Optix Geomap. Conversely, China has the lowest optimism, with its 3rd-lowest Optimism Index of the past few months. 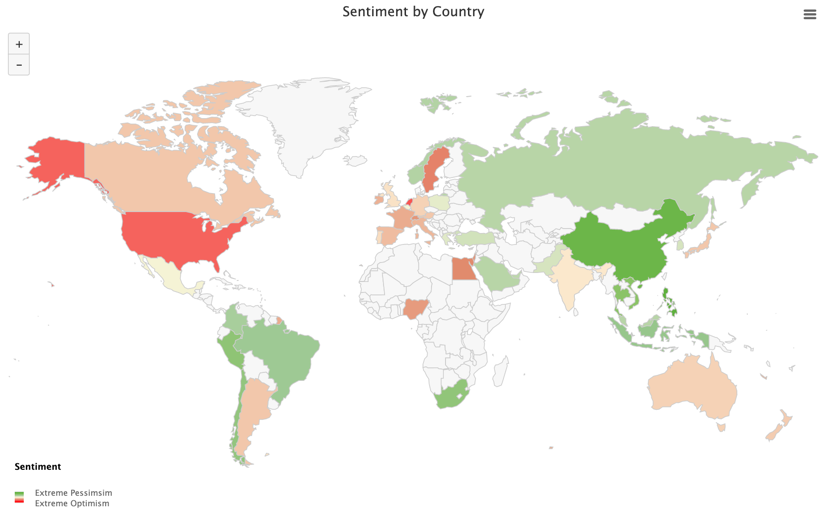 On the contrary. Cotton seasonality typically drops from May to September. This is not the case this year as cotton has rallied for the last four months. 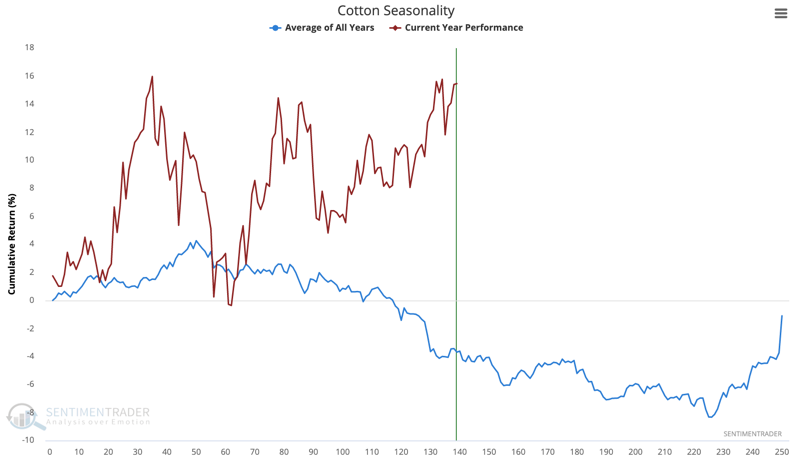 The post titled It's Been More Than 90 Days Since Small Cap Stocks Did This was originally published as on SentimenTrader.com on 2021-07-27.