It's hard to find pessimism, except in this one market

In a market that's sloshing with money and financial assets are soaring, it's hard to find anything that's hated.

Looking at our Market Sentiment Overview, the Japanese yen is currently the only major market with a low Optimism Index, and even that isn't too terribly extreme. 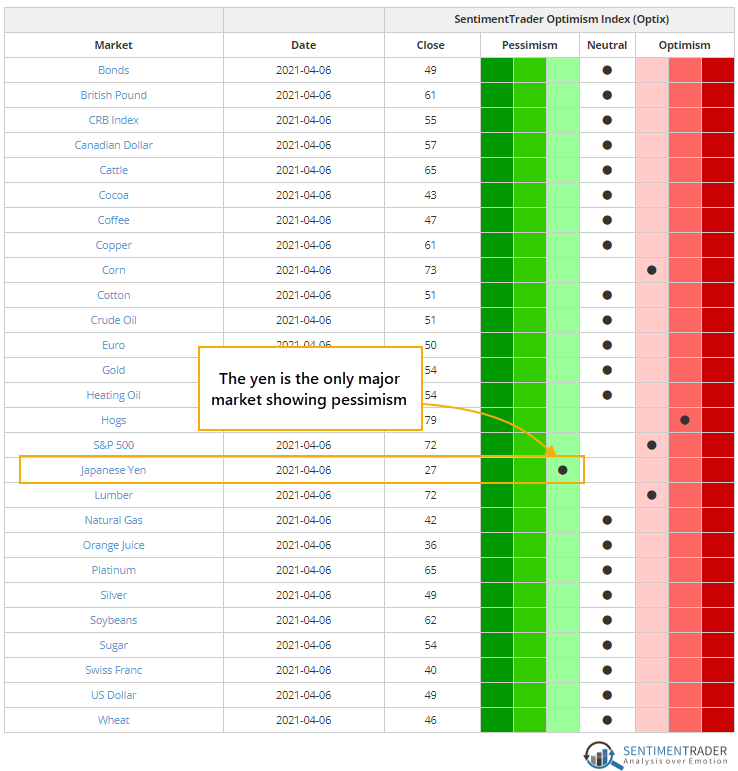 This is interesting because right now is the start to the best seasonal window in the yen. There are times when trends tend to have a certain bias, and for the yen, that bias has been positive from early April through mid-October. 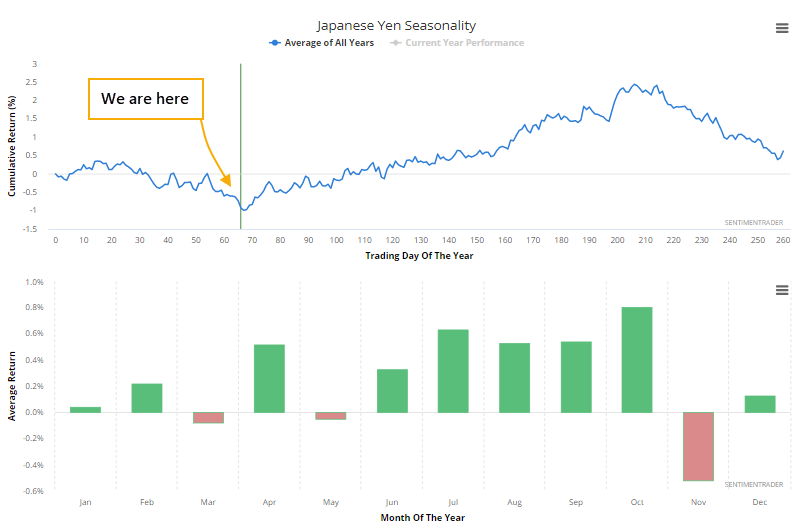 Over the past 50 years in the JPYUSD cross, buying day #67 (early April) and selling day #26 (mid-October) has been a decent trade. The win rate was 62%, and the average win was quite a bit higher than the average loss.

The post titled It's hard to find pessimism, except in this one market was originally published as on SentimenTrader.com on 2021-04-08.