Monday’s reversal completely erased the losses from Friday, marking the third day in a row with a 2% move. 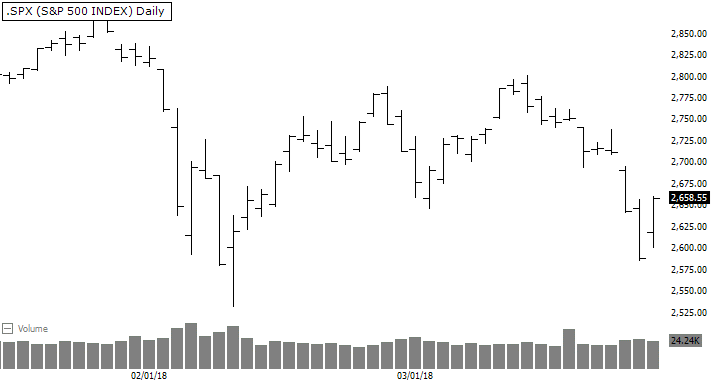 Coming after pullbacks in bull markets, sessions like Monday tended to lead to more gains in the medium-term. The last three sessions have been so volatile that we’ve only seen similar behavior near the end of prior bear markets. Also, other times when fewer than 25% of securities on the NYSE managed to rise (like Thursday and Friday) then more than 75% of them did (like Monday), stocks tended to rise in the months ahead.

Silver trying for a comeback

The ratio of gold to silver has hit a historic extreme, often taken as a negative sign for stocks.

Historically, it has been the exact opposite, with higher stock prices a year later almost every time. In the latest week, “smart money” traders reduced their short exposure to silver to the lowest ever.

The Nasdaq 100 sprinted more than 3.5% higher on Monday after hitting a one-month low on Friday, though it still held on to its long-term uptrend.

The post titled Major Volatility As Gold/Silver Ratio Climbs was originally published as on SentimenTrader.com on 2018-03-27.