Many cheered the high 64.7% reading for the ISM Purchasing Managers Index (PMI) released at the end of March. And why not? Everybody loves a booming economy. Plenty of opportunities to make money via work and/or the financial markets. But people often seem to forget that the stock market is a discounting mechanism and that the stock market often looks the worst - and presents the best buying opportunities - when the economy looks terrible.

Take the PMI for example. Human nature tells us that we should be happiest when this index is at a high level - thereby indicating that manufacturing and by extension, the economy is strong. One might intuitively assume that this is when the stock market performs the best. And one would be wrong. Very wrong as it turns out.

The chart below highlights those rare instances when the PMI fell to 40 or below. Note that this is a very rare occurrence. 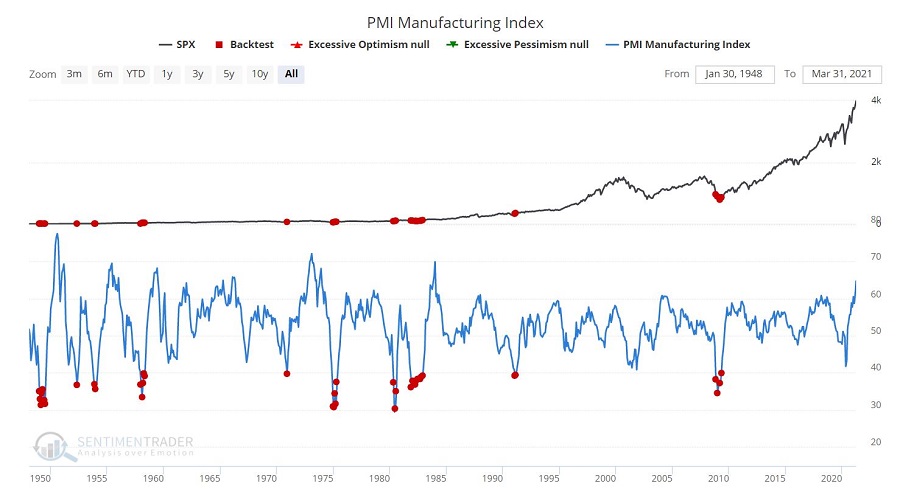 The table below displays the typical performance of the S&P 500 Index following PMI reads below 40.  Note that a median 1-year return of +29.11% is about as good as it gets for a stock market indicator.

If we look only at those instances where "PMI below 40" signals are at least 12 months apart, we get the results shown below. 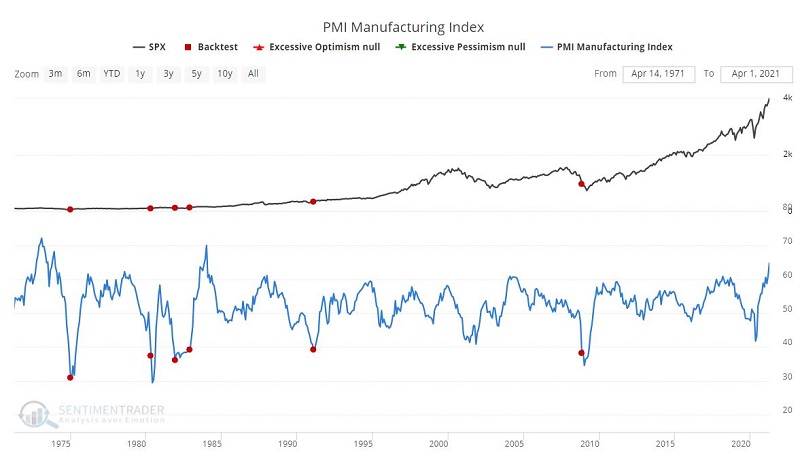 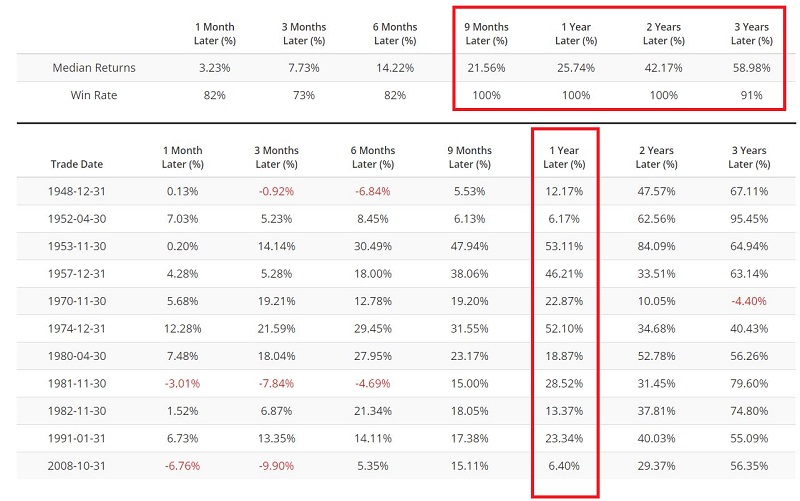 Note the consistent and large returns 9 months to 3 years after such signals. What this tells us is that when the PMI reaches a very low level it is a signal that the economy is reaching a bottom and that the stock market will soon begin to discount the impending upward reversal in the economy. 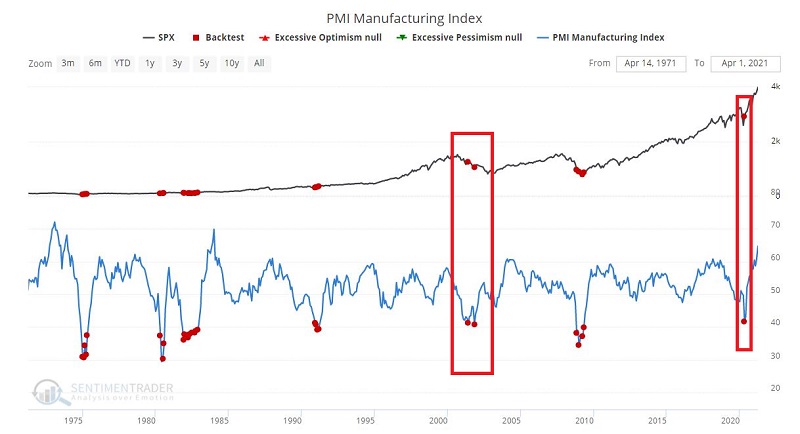 On the other side of the coin, the few instances when the PMI has moved above 64 appear in the chart below. 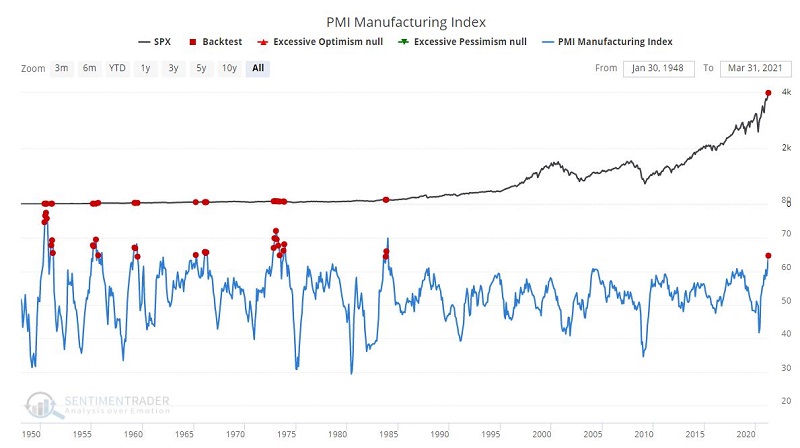 In the table below we find that while readings above 64 cannot necessarily be categorized as "bearish" for stocks, they are certainly no cause for celebration, with only fair to middling average returns on average in the following year.

The March 2021 PMI reading of 64.7% is a favorable sign that the economy is performing well. But the results here strongly suggest that most of this good news has already been discounted by the stock market during the rally since the March 2020 low.

NOTE: For testing purposes, the status of the latest PMI figure is analyzed at the end of the month in which it is reported.

The post titled Manufacturing Soars - Another Lesson in The Stock Market as a Discounting Mechanism was originally published as on SentimenTrader.com on 2021-04-06.