Smart money buyers have stepped away

One of the supporting legs of the rally beginning in the spring and lasting through June had been buying pressure from corporate insiders and other "smart money" investors. That began to moderate in August, especially among technology shares.

Lately, buying interest has dropped off significantly among members of the S&P 500. While there are still a large number of buyers over the past 6 months thanks to heavy interest in the spring, it's dropping quickly.

The 4-week rate of change in the Corporate Insider Buy/Sell Ratio, which we call Velocity, has dropped below -20% for stocks in the S&P 500. According to the Backtest Engine, future returns have been poor whenever broad-market insider Velocity was below 20%. 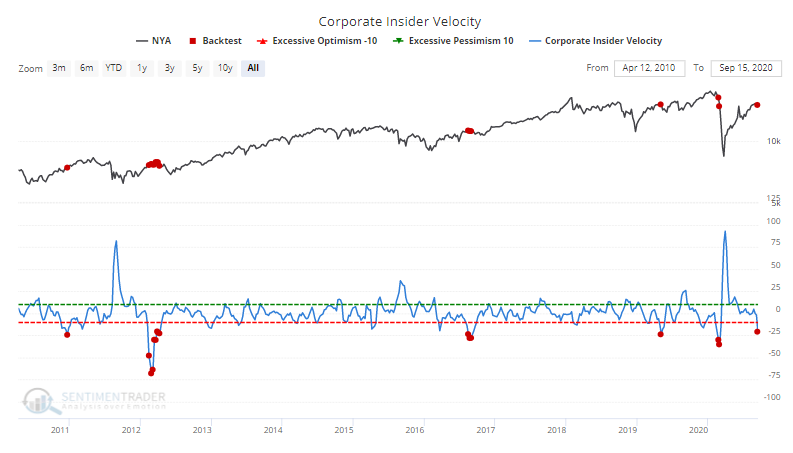 The deeply negative Velocity is a concern, but it's minor. The reason is that the overall level of the Buy/Sell Ratio is still very high and it tends to be a longer-term metric.

The post titled Smart money buyers have stepped away was originally published as on SentimenTrader.com on 2020-09-18.