Smart Money Is Betting On The "Gundlach Ratio"

Smart money is betting on the Gundlach Ratio to predict a rise in interest rates, and micro-cap stocks are breaking out.

Respected bond fund manager Jeffrey Gundlach highlighted his use of a ratio of copper to gold to forecast the future path of interest rates.

Currently, smart money hedgers are net long copper while being heavily short gold, something which has led to gains in the copper/gold ratio...and interest rates going back nearly 20 years. 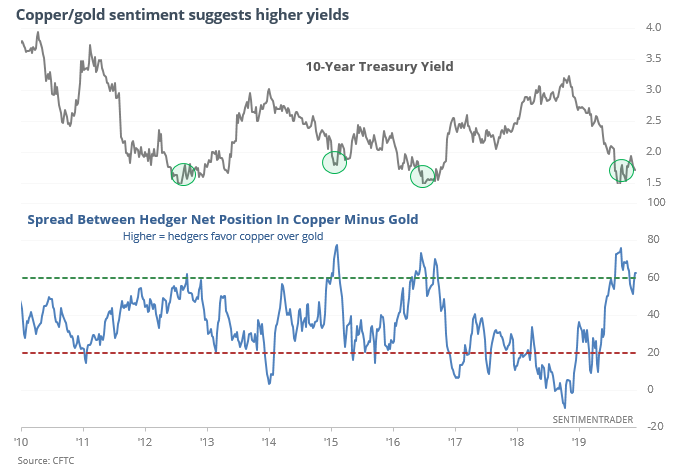 For other assets, it has preceded mostly positive returns for stocks, lower prices for the U.S. dollar, and a higher level in the ratio of copper to gold.

As Dan Russo noted, the Russell Microcap Index (total return) has broken out to the highest level since November 2018. This index tends to move inline with the Russell 2000, with the difference that it focuses on the smallest of small cap stocks. 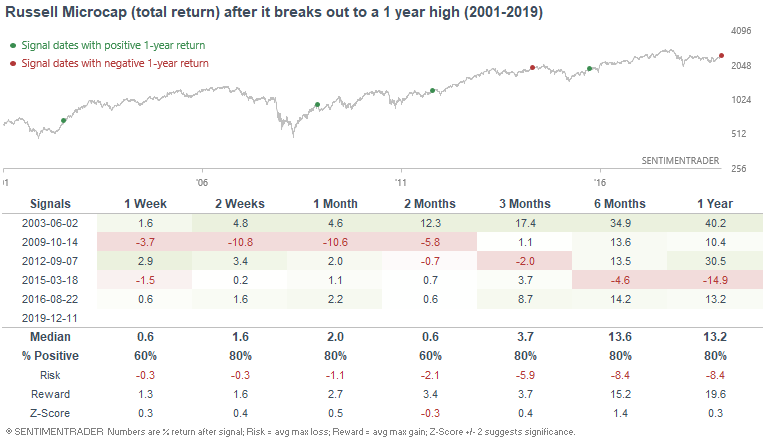 The post titled Smart Money Is Betting On The "Gundlach Ratio" was originally published as on SentimenTrader.com on 2019-12-12.