Smart Money vs Dumb Money Is Getting Extreme

Quite a few times over the past couple of months, we’ve discussed how various aspects of sentiment were curiously subdued. From individual investor surveys to fund flows to hedge fund exposure, and many more, we were seeing readings typically present during much more prolonged and severe pullbacks. 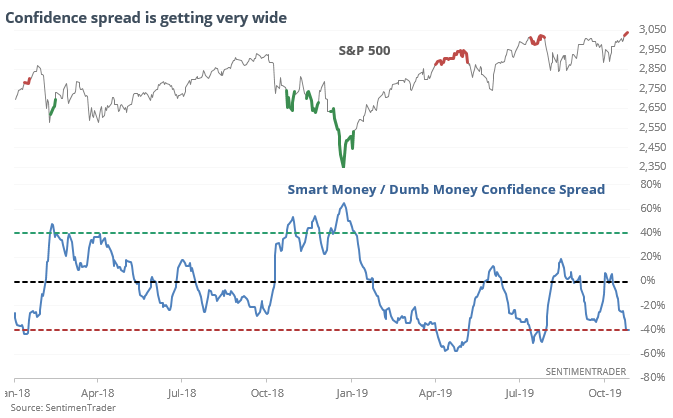 It is less reliable as a signal than the opposite extreme, though the S&P’s annualized returns when the spread is this wide is only 2%.

When the spread fell to this low of a level for the first time in at least 50 days when the S&P 500 was within 5% of a 52-week high at the time - incorporating context (being within 5% of a peak) and momentum (the first reading in at least 50 days) - the S&P's forward returns weren't great, but also not terrible. As it gets more extreme, we will need to pay more attention.

The 4 other times it broke out to a 1 year high for the first time in >1 year, the MSCI World Index surged over the next 6-12 months. 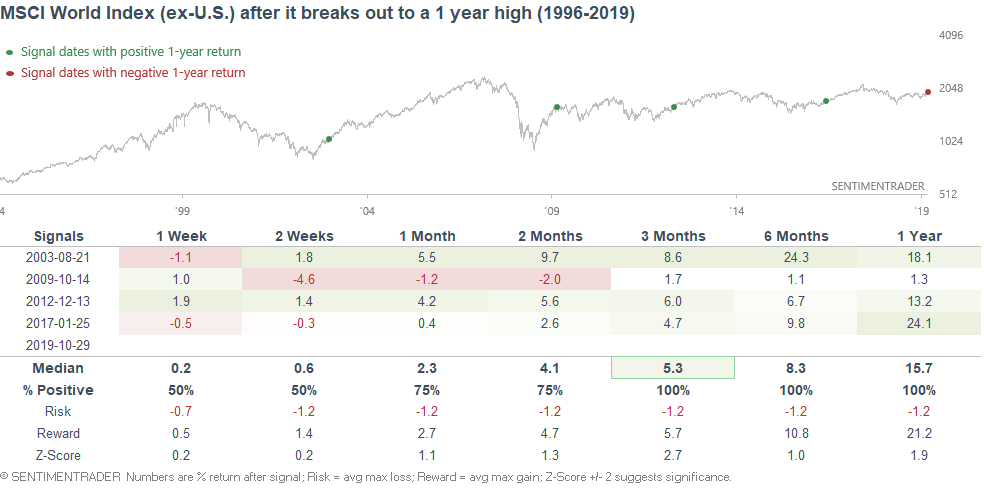 It was also a good sign for U.S. stocks, as the S&P also surged, even more than the MSCI World Index.

Be sure to check out respected Wall Street strategist noting the curiously low sentiment among big money investors we noted yesterday.

The post titled Smart Money vs Dumb Money Is Getting Extreme was originally published as on SentimenTrader.com on 2019-10-30.