There have been some odd, extreme moves in stocks over the past few weeks. And bonds, and currencies, and commodities. The forced selling in mid- to late-March triggered a lot of unusual trading activity and a breakdown in correlations.

One of those is that during times of duress in other markets, especially stocks, gold is supposed to be a safe haven. Yet it sold off along with stocks before recovering lately. That forced selling caused the spot price of gold to fall far below what futures traders were willing to pay. 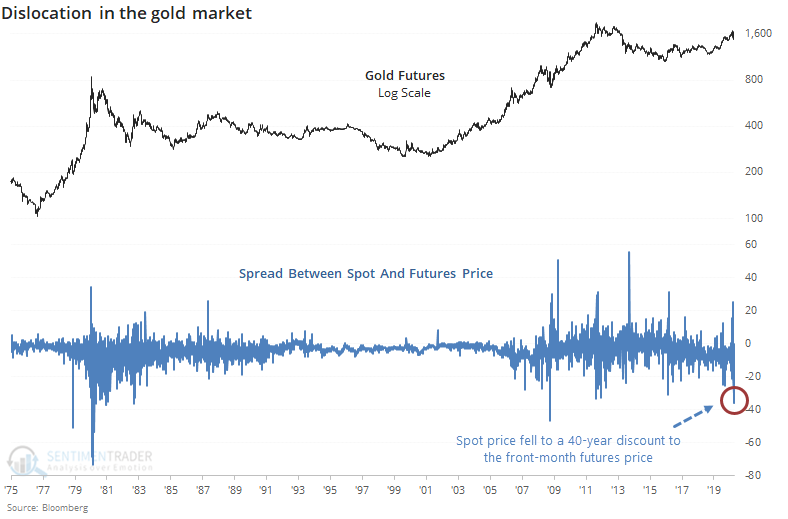 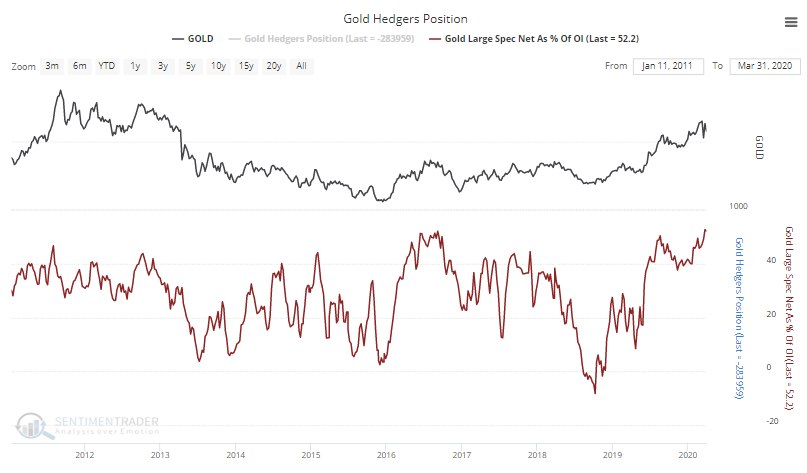 We also looked at gold's:

Low volume is not a worry

The U.S. stock market's rally since March 24 has been accompanied by falling volume. As is the case every time the market rallies and volume falls, people get worried. Volume always falls after a post-crash rally. It's neither bullish nor bearish - it just is.

This normal (and somewhat bullish) phenomenon exists even if we relax the study's parameters to increase sample sizes. Once again, the S&P usually rallied over the next year.

The post titled Stocks rally on lower volume as gold suffers dislocations was originally published as on SentimenTrader.com on 2020-04-09.