An event that Elon Musk fans have been waiting for all year finally happened, with the announcement that Tesla would be added to the most important equity benchmark in the world. There are trillions invested based on the S&P 500 index, and inclusion brings a certain cachet.

What it doesn't usually bring is profit.

Even though being added to the index seemed widely expected, the news was enough to trigger a pop at Tuesday's open which faded during the rest of the day.

Going back to 1979, we looked for every time the Standard & Poor's committee added a new stock to the index of (approximately) 500 stocks in the S&P 500. We filtered it to only look at the stocks that had the largest market capitalizations at the time of the announcement. Tesla will be -  by far - the largest stock the index tries to swallow at the moment of inclusion.

Where it gets interesting is that returns turn south once the stock is actually added to the index, which on average has been around 7 trading days after the announcement date. By this time, investors have front-run the index in anticipation of all the passive buying that should flood into the stock.

1. The TINA justification for buying stocks has become less compelling as earnings among S&P 500 companies has soured while bond yields have risen. The spread between what you earn on stocks vs bonds has plunged as a result. Investors, of course, are banking on the idea that FY21 earnings will more than make up for the recent dip. [Lisa Abramowicz, Bloomberg] 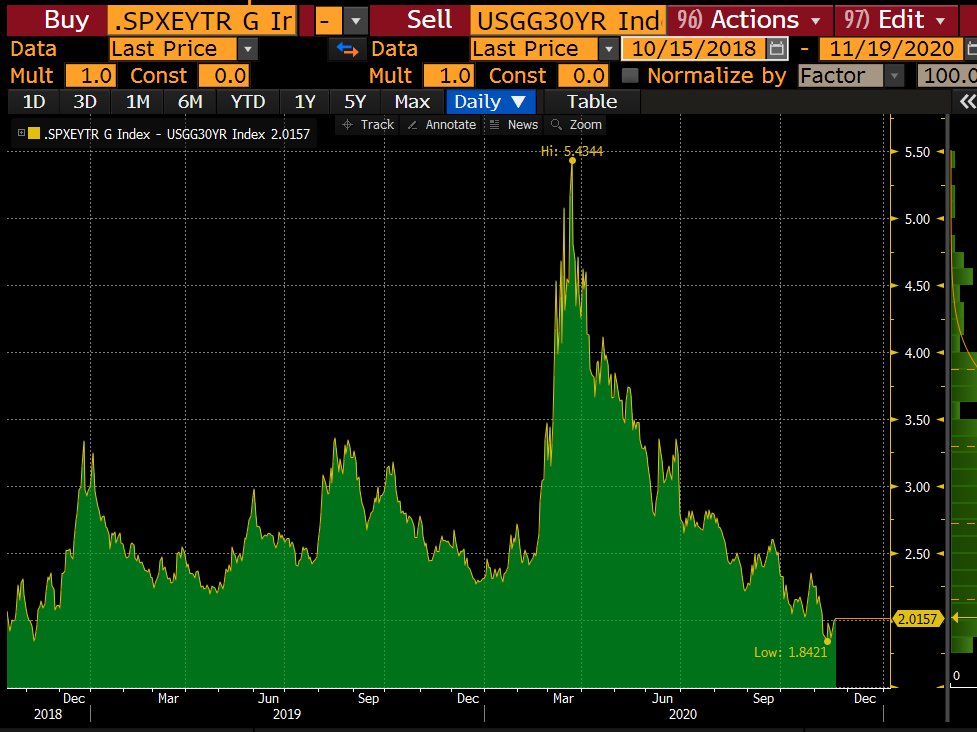 2. Investors in ETFs still haven't taken too much exposure to emerging markets. Cumulative flows in those funds remains as depressed as it was 4 years ago, even with the recent uptick in many of those countries. [Variant Perception] 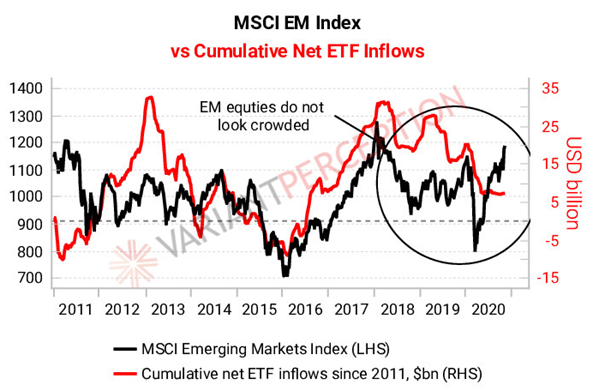 3. Thanks in part to the rise, and increasing activity, of retail traders, stocks popular with those folks have handily outperformed stocks favored by the pros. [Arbor Research via Liz Ann Sonders] 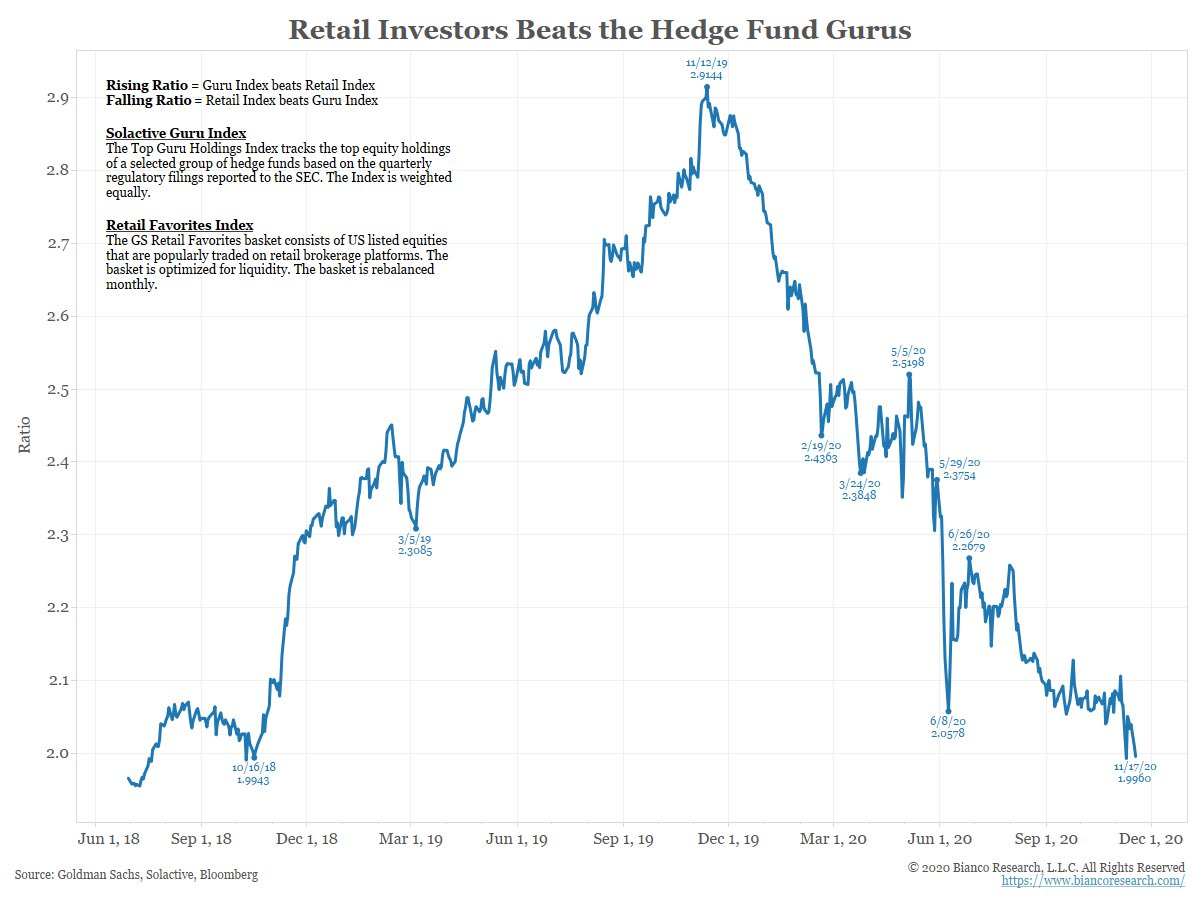 The post titled The most important index in the world has never done this before was originally published as on SentimenTrader.com on 2020-11-19.