The safety trade is fading

The safety trade is starting to fade.

During times of duress, traders often flee to the perceived safety of gold. During economic booms, they gravitate toward copper, which has more industrial utility. So, watching the ratio of gold to copper can provide a sense of whether traders are looking for safety or a play on economic growth. That's the theory, anyway.

According to Bloomberg, the ratio of gold to copper has dropped to its lowest level in months, as traders shift from safety to growth. 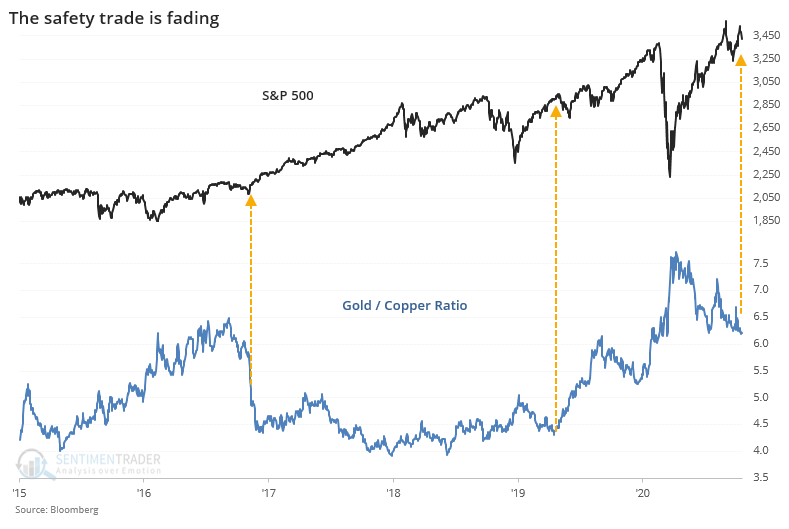 If we believe in the theory behind this ratio, then traders have been anxious for a while. The recent drop in the ratio marked the first time in nearly a year and a half that it had been at a 6-month low, one of the longest streaks in over 30 years.

It should be a good sign that risk aversion is receding, but based on this ratio's measurement of it, not consistent enough to put a lot of weight behind.

1. Investor appetite has been welcoming enough to allow for a lot of big, no-revenue IPOs - Wall Street Journal 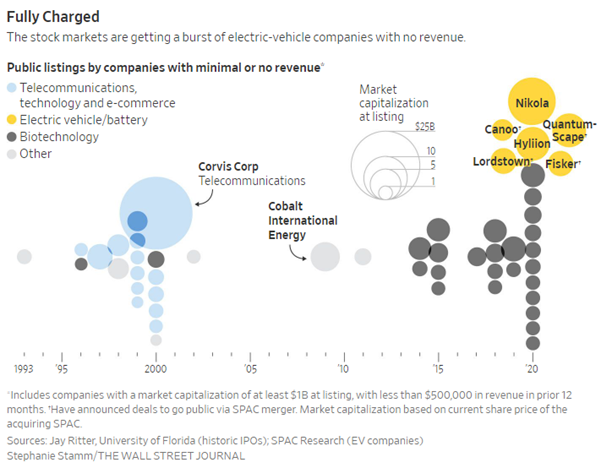 2. It has also been enough to trigger a wave of trading in low-priced stocks - Wall Street Journal 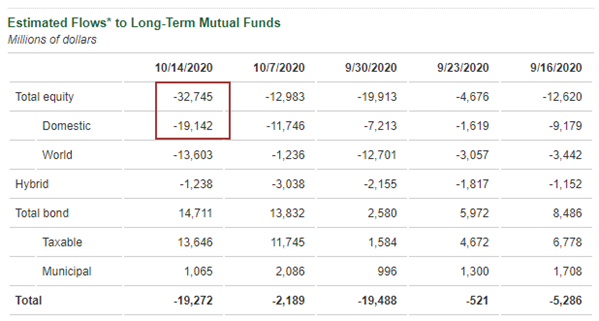 The post titled The safety trade is fading was originally published as on SentimenTrader.com on 2020-10-22.