The yield curve has done this only 3 other times

The U.S. Treasury market has seen some stiff selling pressure in recent days, on the heels of stiff selling in recent months. As a result, the benchmark 2-year / 10-year yield curve is the steepest in almost 5 years.

Whether this is a good thing or a bad thing depends upon whom you ask. Bulls will say it's a sign of recovery and good for financials, the bedrock of any sustainable rally. Bears will say it's the first prick in the TINA bubble that will clobber tech stocks, which have been powering most of the gains.

Opinions are a dime a dozen, so let's just objectively look at prior instances and see how things shook out.

There is no definitive date when the Federal Reserve explicitly began targeting the Fed Funds rate but academic literature seems to point to anywhere from 1982 to late 1987. So we'll go from there.

With the yield curve, we'll use a setup and a trigger. The setup is when it drops toward or below 0, with the trigger being when it rises to its current level over 110 basis points. 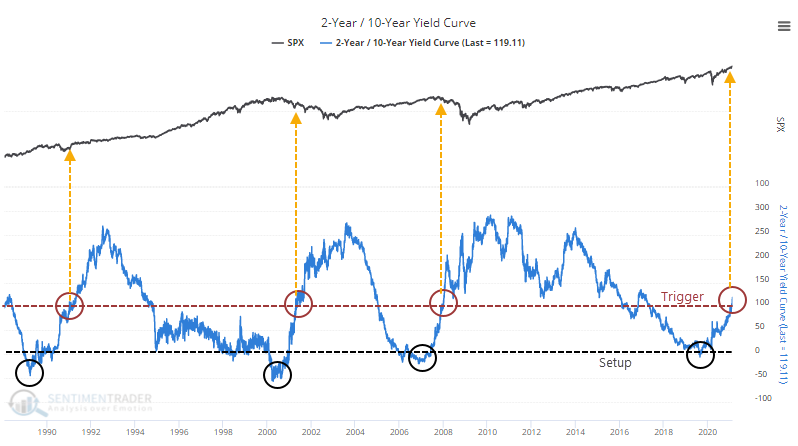 On a chart, it looks pretty ugly for the S&P 500. The numbers don't look especially great, either.

While the 1991 recovery led to good gains for stocks going forward, the last two clearly did not. Among other assets, factors, and sectors, there was some more consistency, especially one sector in particular.

Buy the dip. Tech stocks may be faltering a bit, but trend-following ETF traders aren't paying any heed. Flows into technology stock funds has soared to a record high. Source: Mike Zaccardi 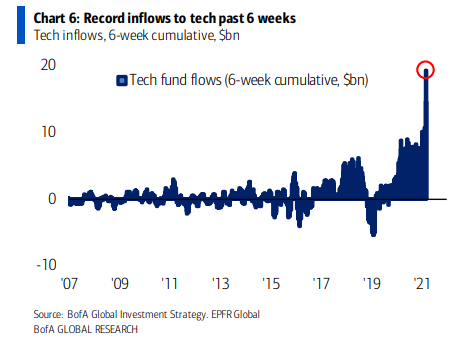 Who cares about value? The incessant rise in stocks amid high, even record, investor sentiment has pushed most valuation measurements to their most extreme levels in decades, if not ever. Such extreme readings have tended to lead to poor forward returns. Source: Julien Bittel 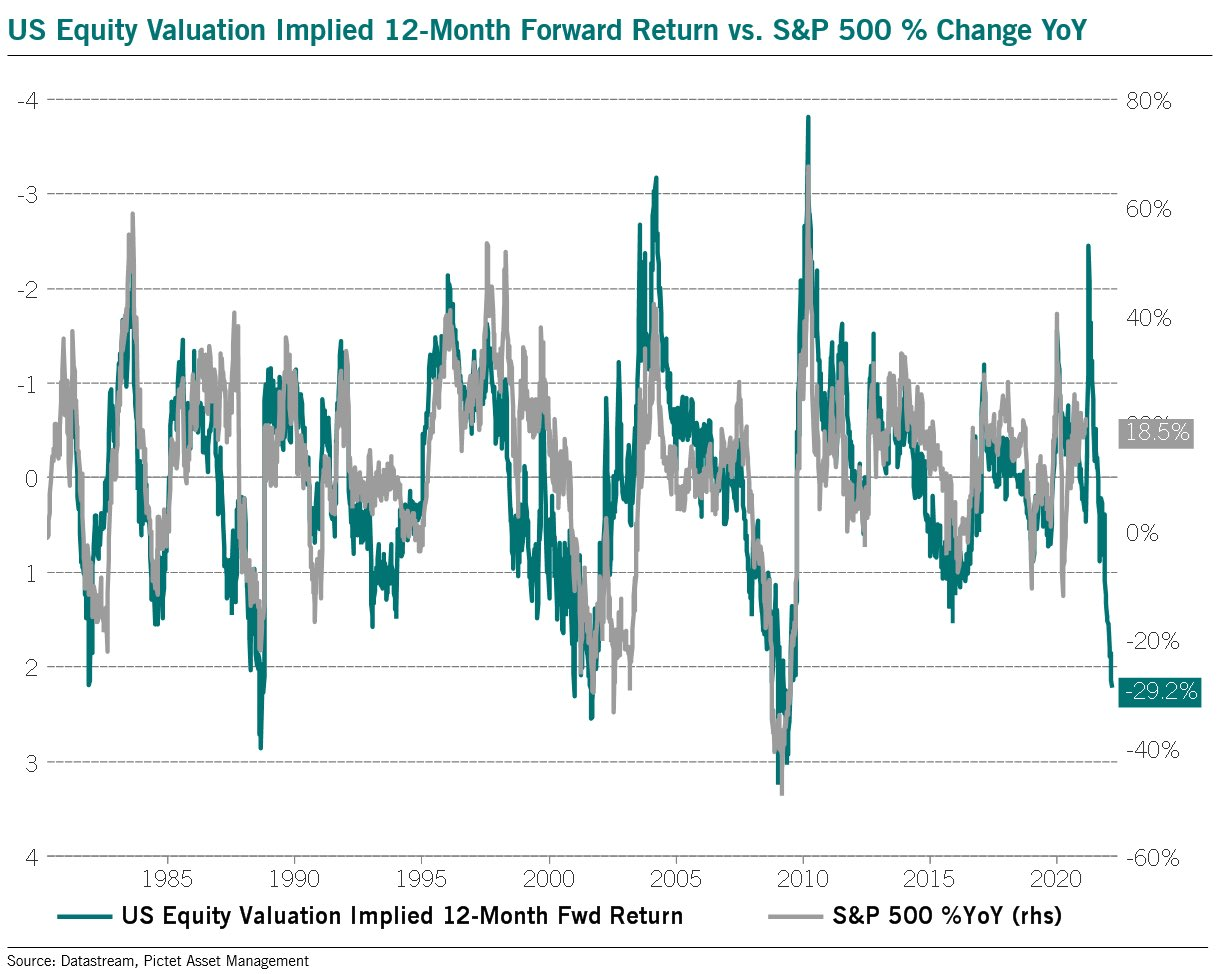 That's because things are bubbly. The probability is high that on a long time frame, the S&P 500 is in the bubble part of the cycle. Source: Financial Crisis Observatory 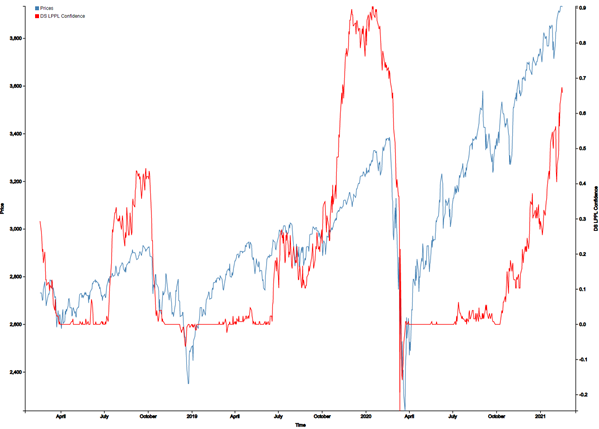 The post titled The yield curve has done this only 3 other times was originally published as on SentimenTrader.com on 2021-02-19.