These 3 sectors tend to soar into year-end

Certain sectors tend to perform well late in the calendar year.  Among the best performers are Real Estate, Financials, and Health Care. The annual seasonal pattern for the IYR Real Estate fund is shown below. 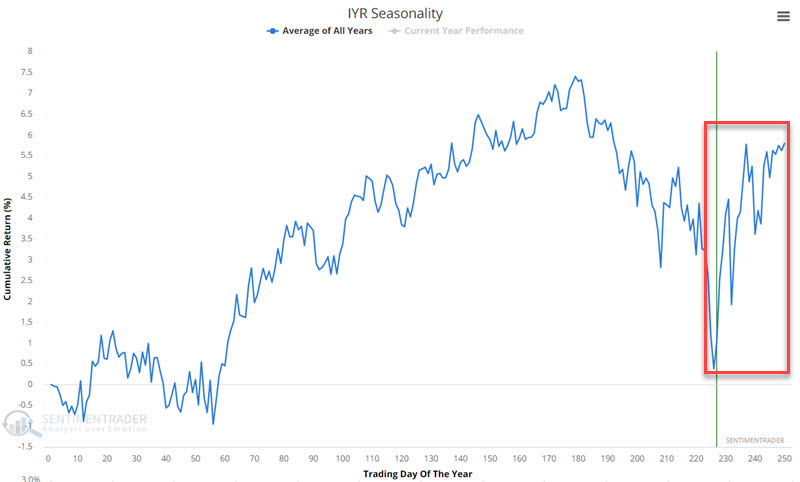 All three tend to show strength late in the calendar year. Since 1942, $1 split evenly each year among the three sectors grew to $7.66, versus $3.68 in the S&P 500 index. Stats related to these tendencies were impressive and consistent.

As always, these are tendencies over time, and not certainties during any given year.

Dean noted that crude oil just enjoyed a big bounce from an even bigger decline. Traders are wondering if that bounce is more likely to be of the "dead cat" variety.

According to our data, a 1-day decline of 12% or more has only occurred 16 times since 1983. If we include a condition that crude oil also closes at a 42-day low, the number of instances drops to seven.

We can relax the thresholds to get a larger sample size and see how oil performed going forward. And after those other signals, future returns and win rates were weak in the short term with several unfavorable risk/reward profiles.

The post titled These 3 sectors tend to soar into year-end was originally published as on SentimenTrader.com on 2021-12-01.