This Led to Declines Every Time in the Past 93 Years

There is some weird stuff happening under the surface of the market.

Early last week, the percentage of S&P 500 members above their 50-day moving averages had plunged, even while the majority were still above their 200-day averages. That has tended to be a good sign.

The problem is what's happened in recent sessions. Despite a push to new highs in the S&P toward the end of the week, the percentage of its members above their averages barely budged. In terms of divergences, this one is gonzo. 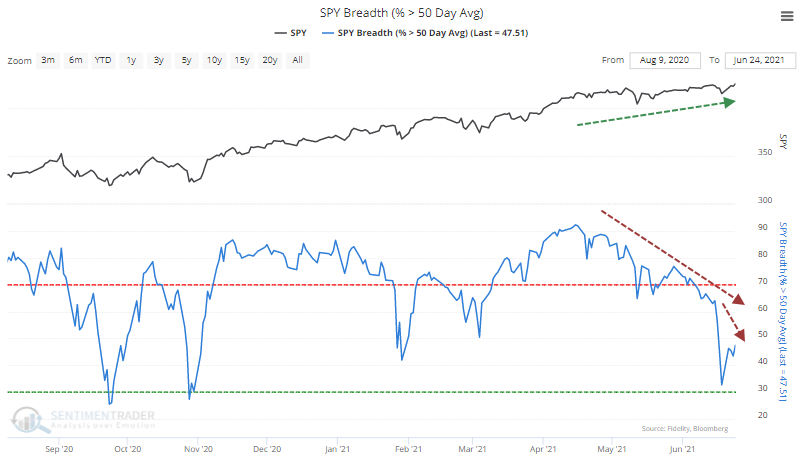 Several more days (or weeks) with this kind of behavior should trigger all kinds of risk warnings, the types of things we've been watching for since speculation reached its heights in February.

Fund flood. According to Lipper, equity mutual funds pulled in nearly $13 billion in assets in a single week recently. That's the 2nd-largest inflow in more than 15 years. 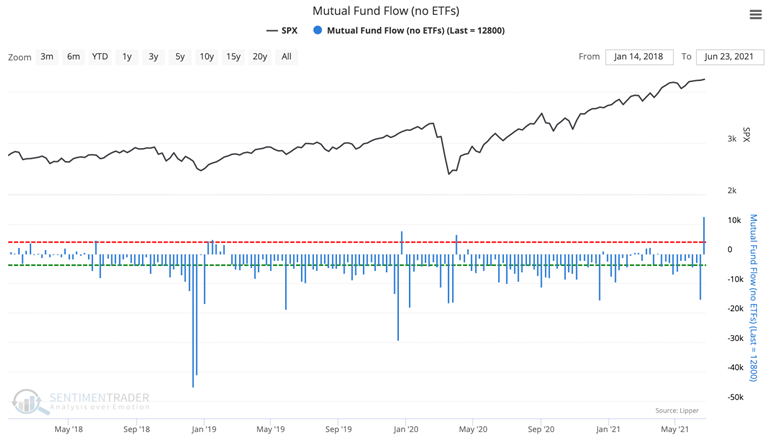 Small spec-big gains. Nonreportable traders, otherwise known as small speculators, held more than $40 billion in major equity index futures, the largest amount ever, as of mid-June. In the latest week, they drastically reduced those positions. 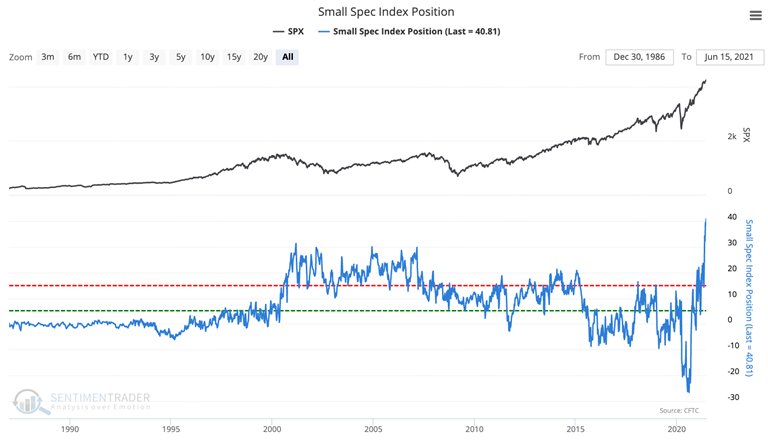 Crunch time. The Crypto Fear and Greed Index has stayed below 40 for the past month. The last time this happened, when sentiment finally turned it preceded a year-long rally in bitcoin and other crypto assets. 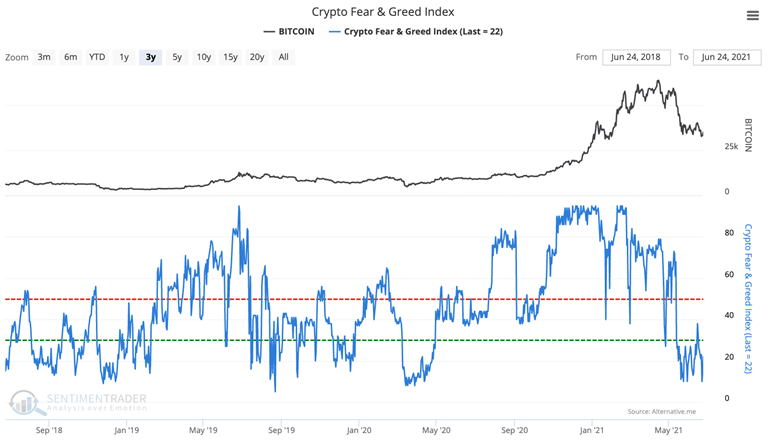 The post titled This Led to Declines Every Time in the Past 93 Years was originally published as on SentimenTrader.com on 2021-06-28.