This major divergence has never happened before

For months, we've seen that sentiment has oscillated around extreme levels of optimism, yet stocks were holding firm. Not just the popular indexes, but most stocks, industries, sectors, even global markets.

That has started to shift in recent days.

It's too early to tell whether this can morph into something larger, but already there are splits that we haven't seen for a long time. As Bloomberg noted, around 80% of S&P 500 members are still holding above their 50-day moving averages, but within the Nasdaq Composite and Russell 2000, it is a vastly different story. 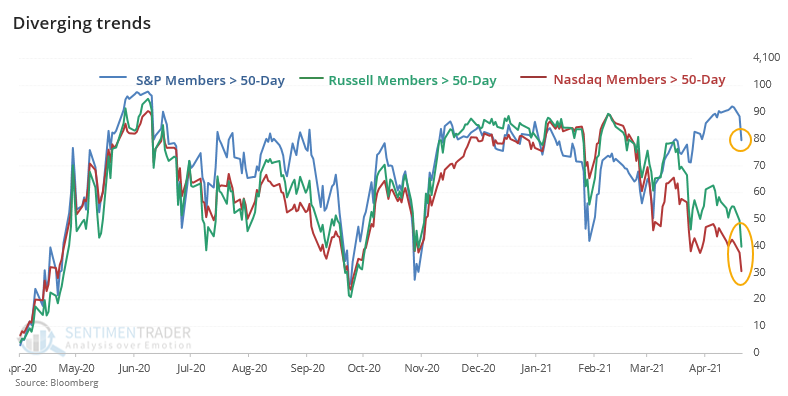 The post titled This major divergence has never happened before was originally published as on SentimenTrader.com on 2021-04-22.