Treasuries tumble, and traders are betting on more

Futures traders are a bit sanguine, with speculators holding a minor net long position as of last week. Options traders, however, have seemingly been significantly more worried.

On Tuesday and Wednesday alone, more than 1 million puts traded on 10-year Treasuries. On Tuesday, there were over 4 puts traded for every call, the highest Put/Call Ratio in more than 5 years. Put volume has been heavy for weeks, so the 20-day average of the ratio has soared to nearly a record high, just below the peak from late 2013. 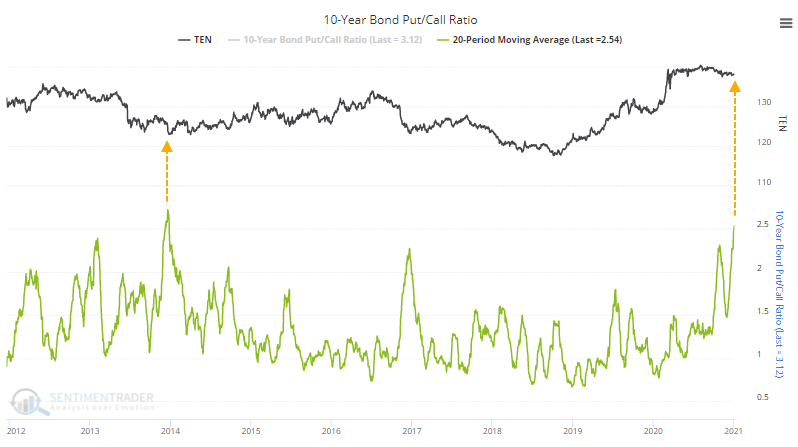 Other times when traders focused on puts over calls by more than a 2-to-1 ratio has preceded just-okay returns per our Backtest Engine. Returns were better for the TLT fund when the ratio was high, with 94% of days showing a positive return 3 months later.

1. About 54% of mom-and-pop investors expect stocks to keep rising in the months ahead, the 2nd-highest percentage in the past 3 years. [AAII]

2. When you're bullish, you gotta buy call options...right? [Bloomberg TV] 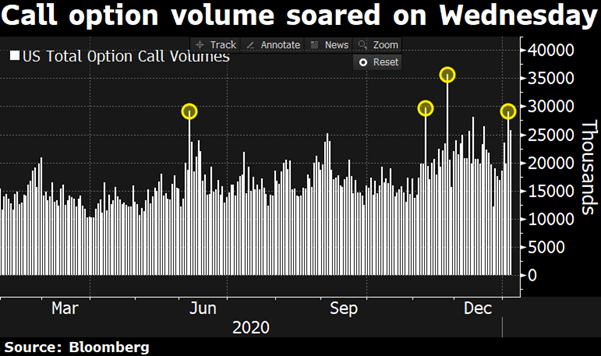 3. There are just no words. [Axios via Daily Shot] 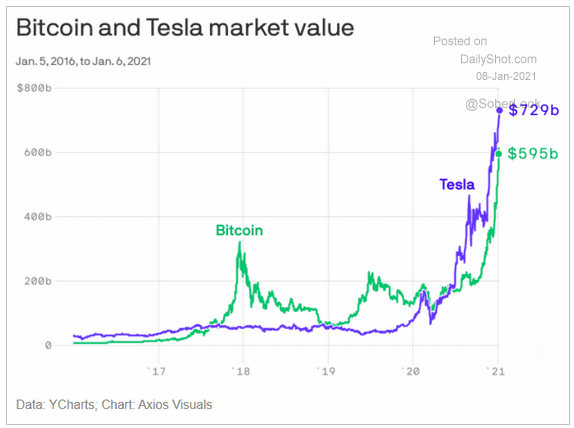 The post titled Treasuries tumble, and traders are betting on more was originally published as on SentimenTrader.com on 2021-01-08.