This is the time of year to be thankful for what we have, make resolutions for improvement, and update our price targets for the S&P 500. Okay, maybe not that last one for most of us, but it's a must-do for many strategists on Wall Street.

According to the latest Bloomberg tally of prominent strategists on the Street, they're expecting the S&P 500 to gain a further 10% in 2021, a big jump from recent surveys.

We've looked at this many times in the past, and an expected gain of around 9% is pretty typical, no matter what the market did in the current year. Still, a 10% jump for the next year is a bit aggressive.

Whatever the reason, it's among the biggest jumps that strategists have ever priced in by mid-December. Other times they foresaw a big gain for the following year, the next 1-3 months were spotty. One of them showed a mild gain, while the other followed through very well on those positive expectations.

If we contrast to those years when strategists were the most conservative with their estimates, then we can see that there was a stark difference in forward returns.

1. Crypto currencies have become easier for the layperson to buy and sell, but some still prefer to get their exposure through funds, like GBTC, the Grayscale Bitcoin Trust. When demand is high, assets pour in, and the fund trades at a premium to its underlying net asset value. Like right now. [Bloomberg and 3Fourteen Research] 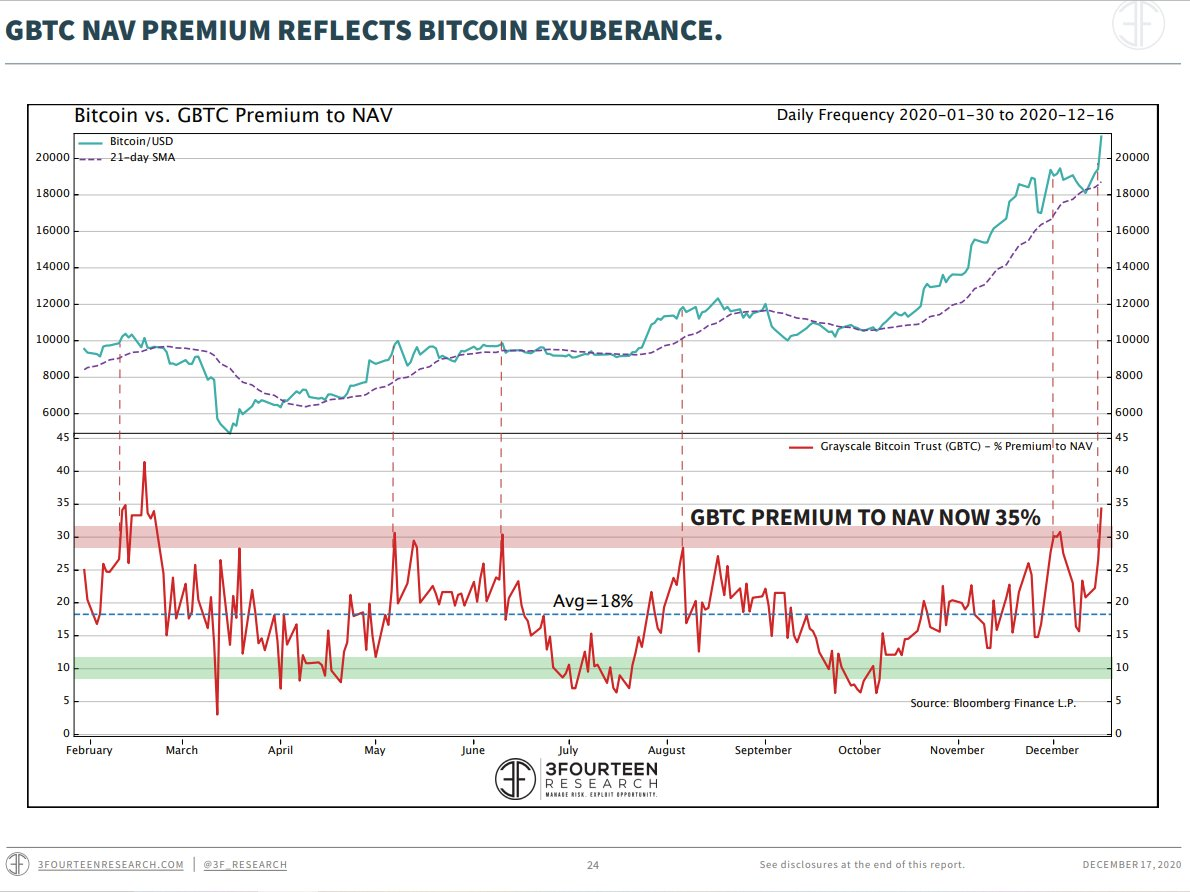 2. The risk that technology stocks are in "early bubble" territory have jumped in recent days. [Financial Crisis Observatory] 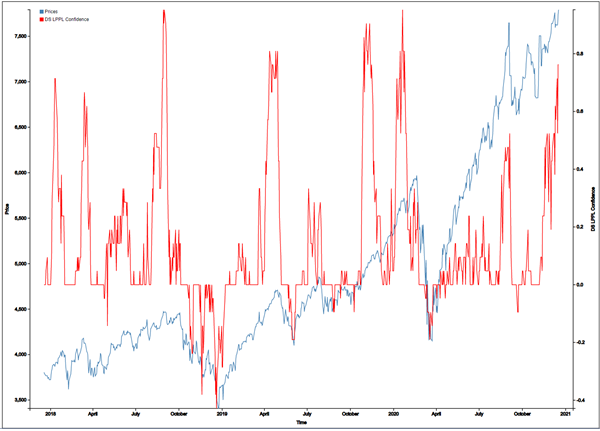 3. Traders are heavily positioned for a continued rally in the euro. Like really, really heavily. [Bloomberg TV] 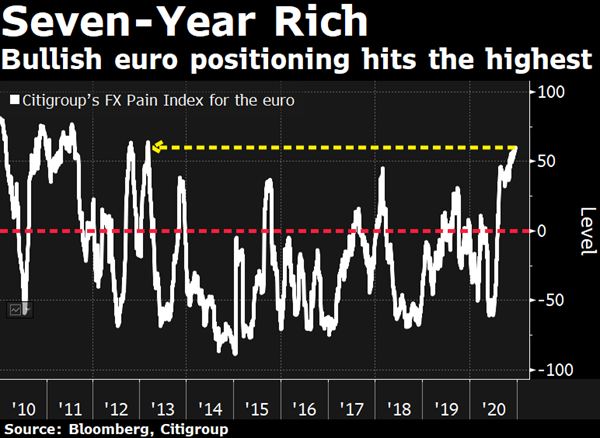 The post titled Wall Street looks set to party in '21 was originally published as on SentimenTrader.com on 2020-12-18.