What happens when stocks soar during a bear market

When stocks rocketed higher out of a selloff in the fall of 2011, buyers pushed the S&P 500 more than 7% above its 50-day moving average. It hasn't been that far above its medium-term average in the nearly 9 years since, until Friday.

The biggest difference between that time period and the current one is that the October 2011 rally also pushed the S&P above its long-term 200-day average. This time, stocks declined enough that even with the rally, the S&P is still trading below its 200-day. 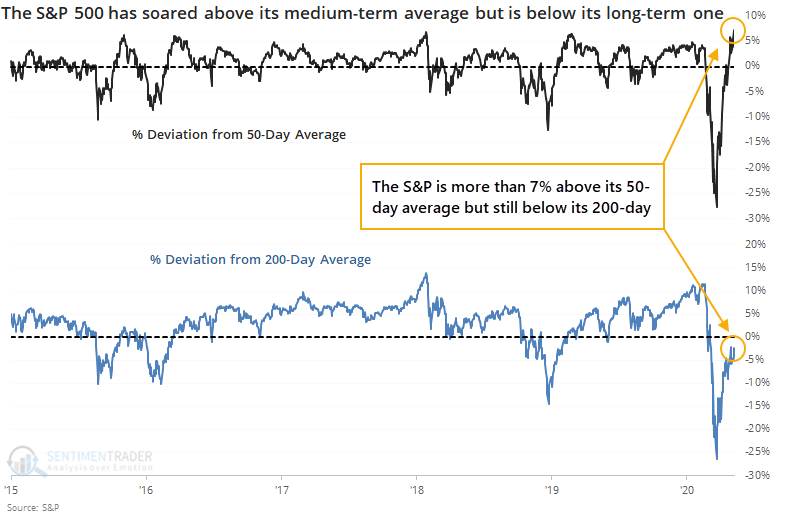 When stocks have rebounded so much during a long-term downtrend, returns over the coming weeks and months are more fraught than if the long-term environment was more positive. And whether investors have enough oomph to keep pushing stocks higher in the coming week(s) will signify whether this is more likely the kick-off of a new bull market, or just a bear market rally.

Below, we can see the S&P's forward returns if the first week following these signals was negative.

Only once did this lack of buying interest reverse itself over the next 3 months. Something to keep in mind depending on how the next week goes.

The post titled What happens when stocks soar during a bear market was originally published as on SentimenTrader.com on 2020-05-12.