The 10-year yield registered a 252-day high on late last week. This is the first occurrence since the last 252-day low in August.

Typically, rising interest rates reflect positive trends in the economy and operate with a lag on future growth. Out of all cycles from a one-year low to one-year high in yield, this one is showing one of the smallest net changes in yield, because of its low starting level.

While forward returns in indexes were fine, there is a notable wrinkle - breadth tended to deteriorate. 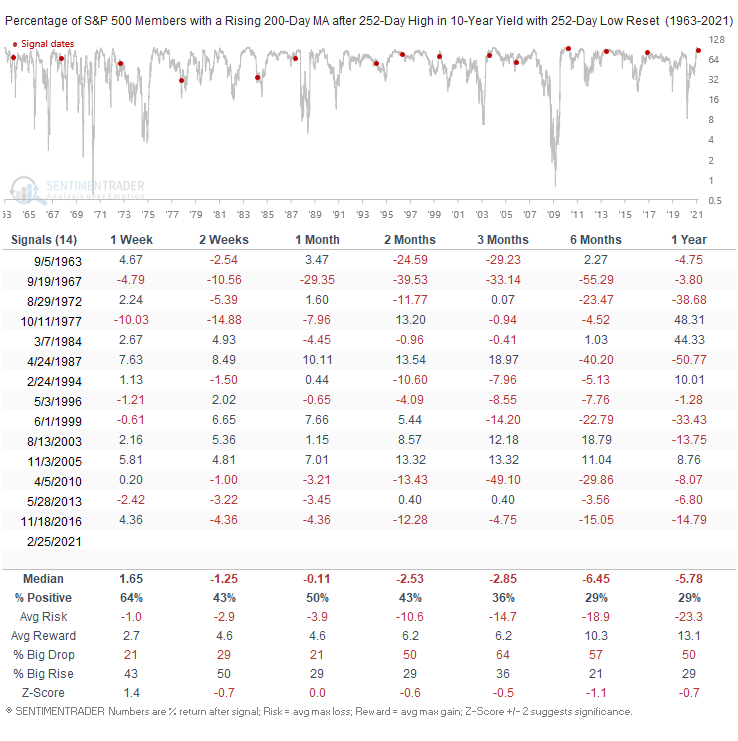 While most of the instances started from a high level, higher rates will impact certain industries. With policy rates on hold and the Fed conducting QE, it will be fascinating to see what happens with rates and the yield curve over the next 6-12 months. The implications for asset allocation could be profound.

Mo' money, mo' problems. If that's still the case, then recent public offerings are in the clear, because they're not making any money. More than any time in history, investors are willing to swallow gigantic IPOs with absolutely no record of ever turning a profit. Or sales. Source: Wall Street Journal 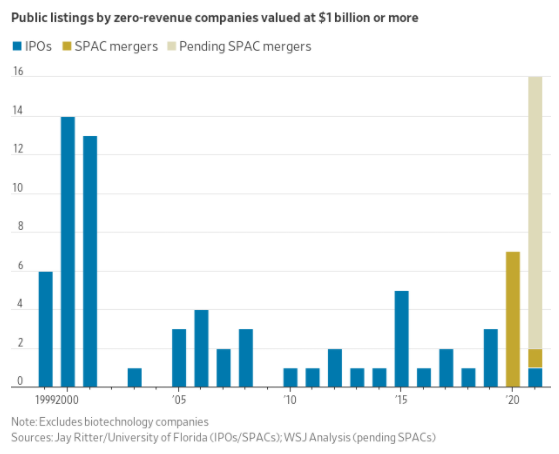 Not bullish on bonds, though. Twitter users are very optimistic on stocks (obv) which usually means they're less optimistic on other assets like bonds, which certainly seems to be the case. Source: Topdown Charts 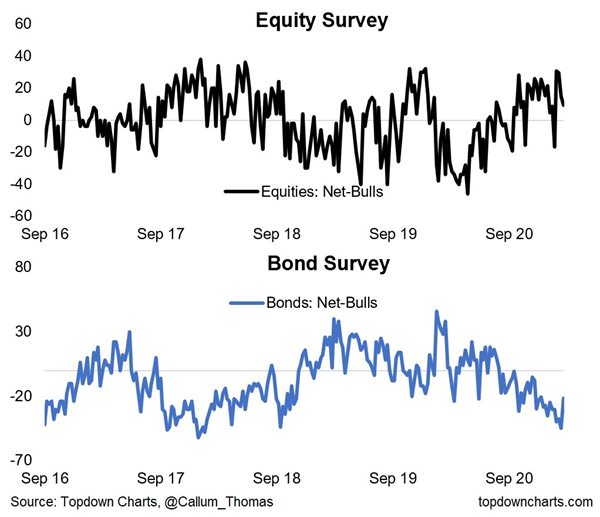 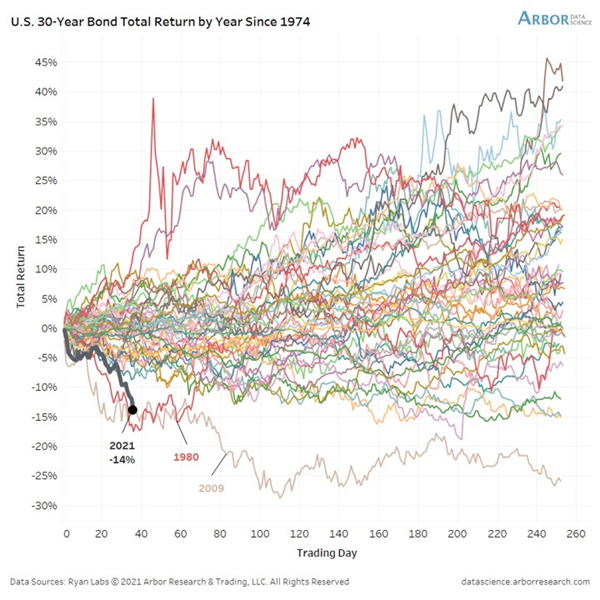 The post titled What rising rates mean for market breadth was originally published as on SentimenTrader.com on 2021-03-01.