When the ducks are quacking

Among the most opportunistic groups on Wall Street are investment bankers. If they see an appetite for something, they will work tirelessly to fulfill it. They've been busy over the past year, and there's no letup so far.

We noted the rise in IPOs, and their performance, in December. We've neared or exceeded the prior bubble peak in most metrics that count. It's not just IPOs, but additional offerings like secondaries that are enjoying open arms among investors.

Over the past year, there has been nearly $400 billion in issuance according to Bloomberg data. 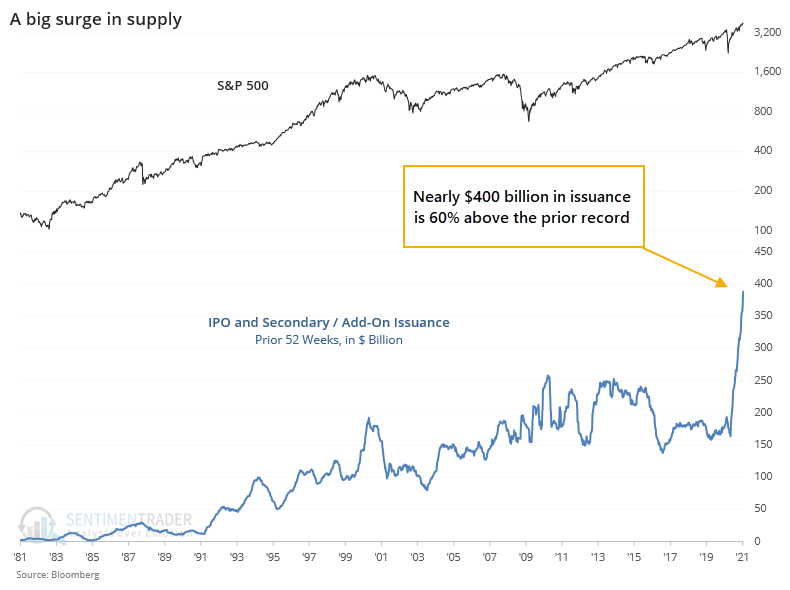 Markets have grown - a lot - so as a percentage of the total market capitalization of U.S. stocks, this issuance is not nearly as extreme.

Whenever you see corporate insider buying and selling data for free, or one touts some miracle algorithm, you should be immediately skeptical. Analyzing insider transactions in a meaningful way takes years of experience and deep knowledge of the workings of how they buy and sell. That's why a ratio of these smart money investors, calculated by someone who knows how, is now at a worrying level. Source: Marketwatch 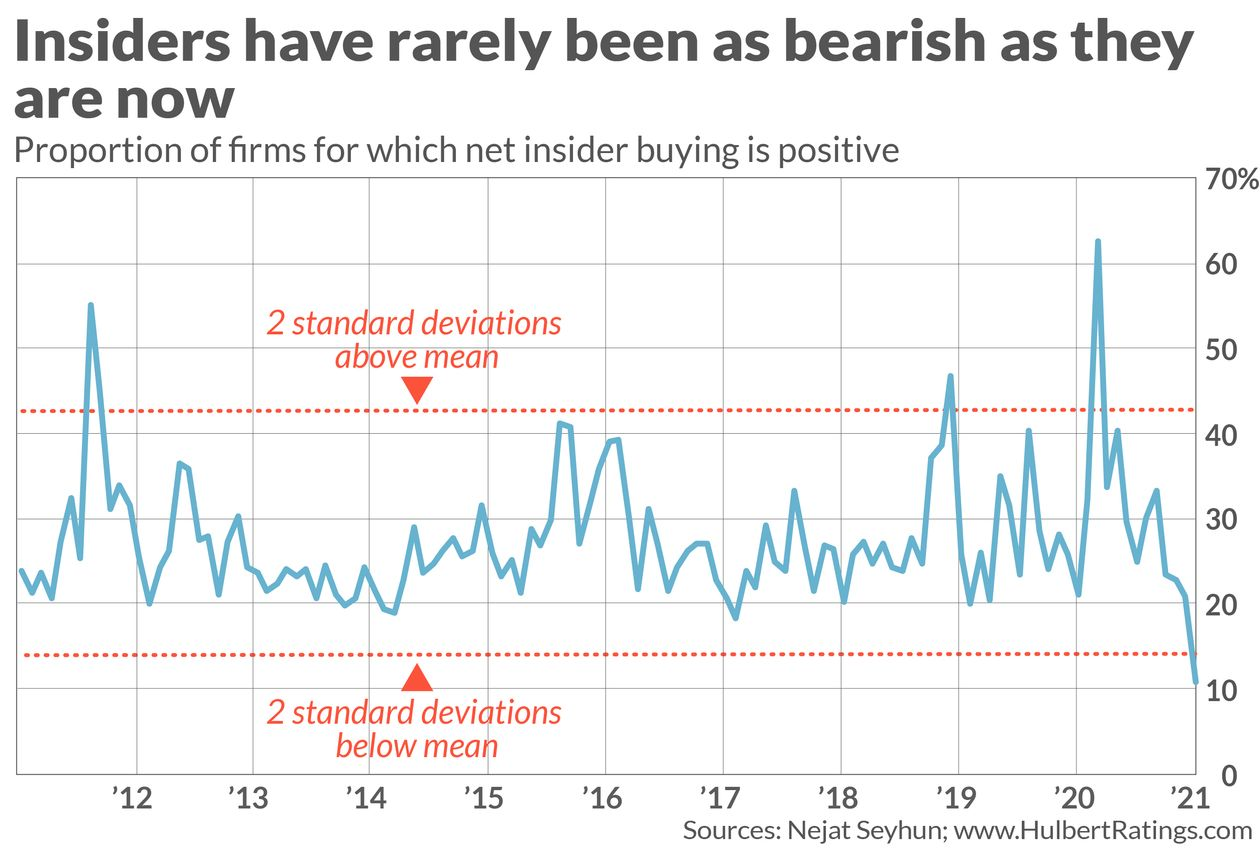 This is stunning. We're seeing record-high volume in call options being bought to open. And where are those traders focusing their efforts? On the least profitable companies. Pure speculation, in its rawest form. Source: Deutsche Bank via Daily Shot 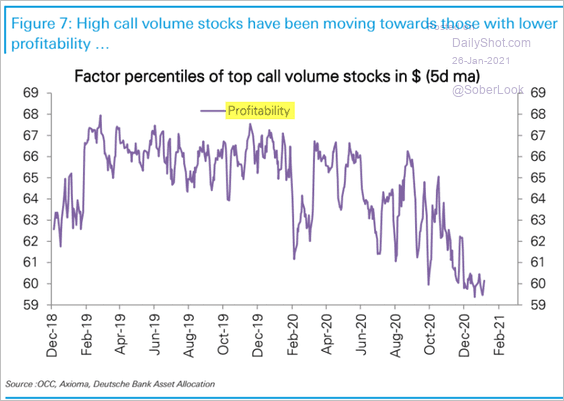 The active managers who participate in a weekly survey from NAAIM are a savvy group, so they are not an effective contrary indicator. Still, it's notable that even the most bearish among them is still heavily net long stocks. Source: NAAIM via Bloomberg 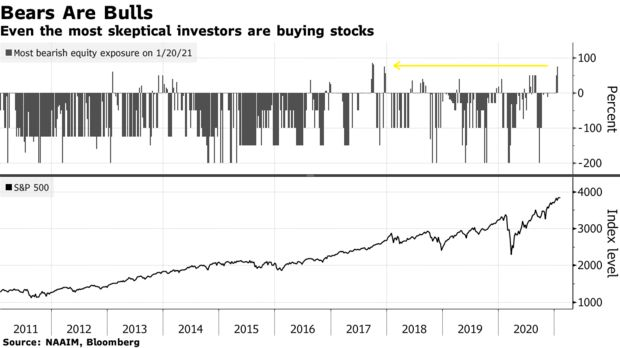 The post titled When the ducks are quacking was originally published as on SentimenTrader.com on 2021-01-26.