Why buy gold when you can own platinum?

Gold has had a tough 2021, even when measured against some other metals. So much so that the ratio of gold to platinum has plunged to its lowest level in years.

Marketwatch noted that this hasn't been a great sign for stocks. And a 2016 research paper by Huang and Kilic points out that a high gold / platinum ratio is associated with more negative risk-neutral skewness.

In other words, gold rises against platinum during times of economic distress, and options traders price in a higher probability of adverse outcomes. We can see the ratio below superimposed against the S&P 500. The red highlights show dates when the S&P 500 was at or near a 1-year high while the gold/platinum ratio was at or near a low. 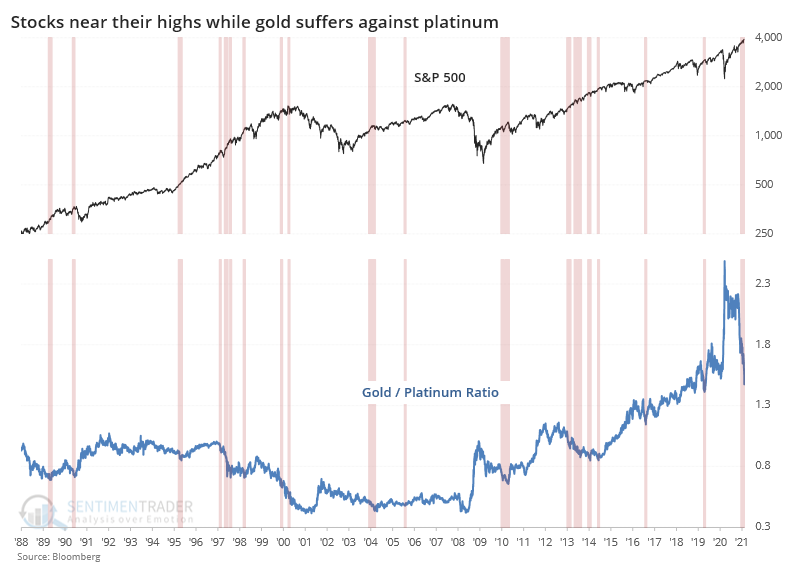 Out of 175 days that met these criteria, forward returns in the S&P were subpar but not consistently so, especially after the first couple of months.

The riskier, the better. Flows into risky assets over the past 4 weeks have outpaced flows into safe assets by the most in over a decade. Source: Goldman Sachs 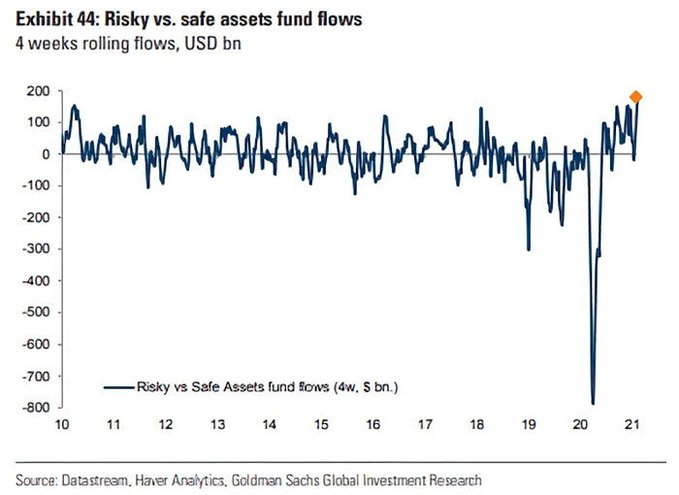 Because investors are leaving bonds. Short interest in some bond funds is hitting the highest levels in a year while ETF investors flee, with consistent and large outflows. Source: Bloomberg 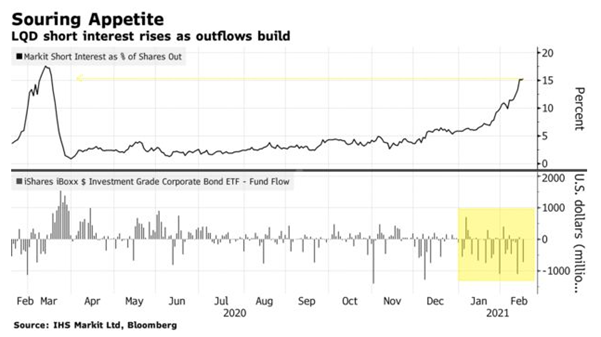 That's causing some intra-market distortions. Implied volatility on riskier bond funds like the HYG high-yield fund is below that of "safer" funds focused on Treasuries like TLT. Source: I. Vodenitcharov 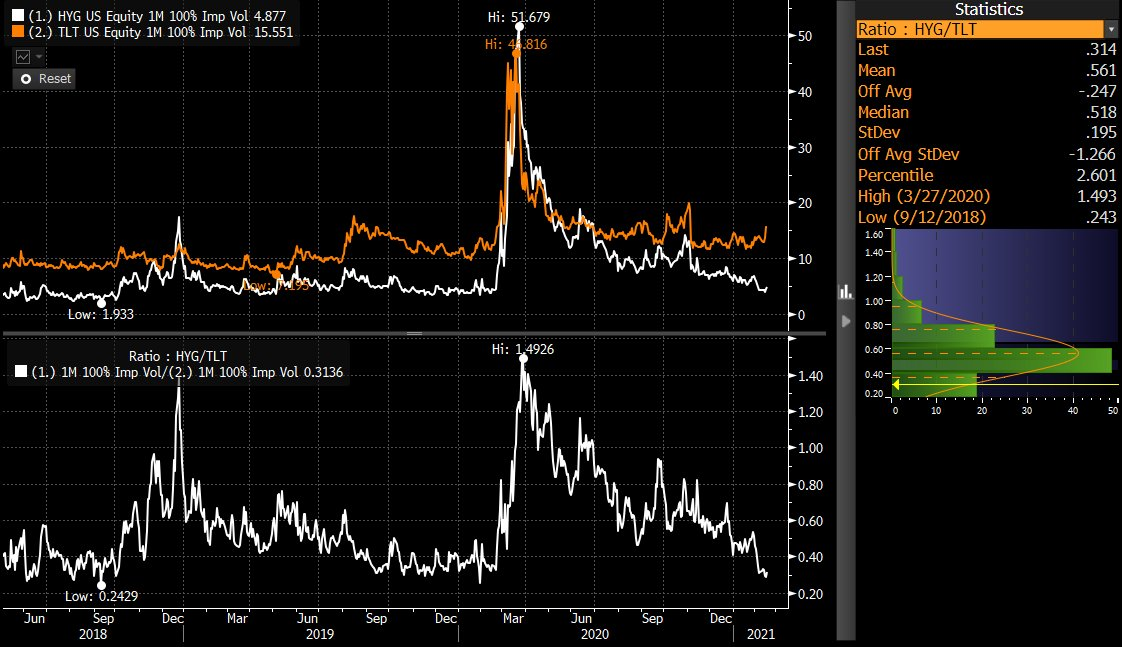 The post titled Why buy gold when you can own platinum? was originally published as on SentimenTrader.com on 2021-02-18.