Why margin debt is about to trigger a warning sign

For years, investors were worried about the growth in margin debt. As stocks rose throughout 2015, and kept going, there was a chorus of calls that investors were too optimistic.

Empirical evidence didn't support those concerns. The rate of growth in debt wasn't anywhere near prior extremes, especially when compared against the growth in stocks. For the most part, it was controlled and reasonable.

That has started to change in recent months. Based on how stocks have performed in March, and the historical relationship to margin debt, we can reasonably expect the next release to show eye-popping numbers. 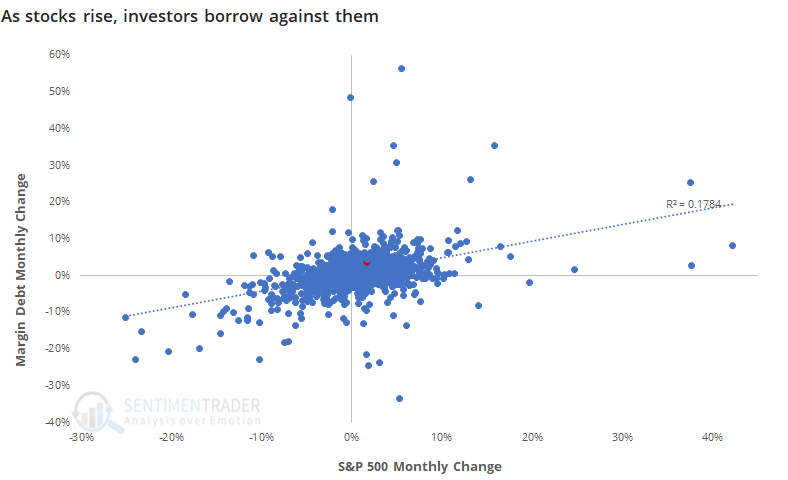 Based on this historical relationship, and how stocks have done so far this month, we can reasonably expect debt to exceed $831 billion when March's numbers are reported in April. Granted, that's assuming that stocks don't completely crater in the next 2 weeks.

If it comes anywhere close to this amount, the year-over-year growth rate in debt - on both an absolute scale and relative to the change in stock prices - will compare with some of the most egregious extremes in 90 years.

Betting against volatility. A 5-day moving average of the Optimism Index on an ETF that bets on volatility, VXX, has plunged to one of its lowest levels on record. While volatility ETFs are, in general, terrible products for anything other than a daytrade, when traders have gotten so bearish on volatility in the past, the VIX tended to rise. 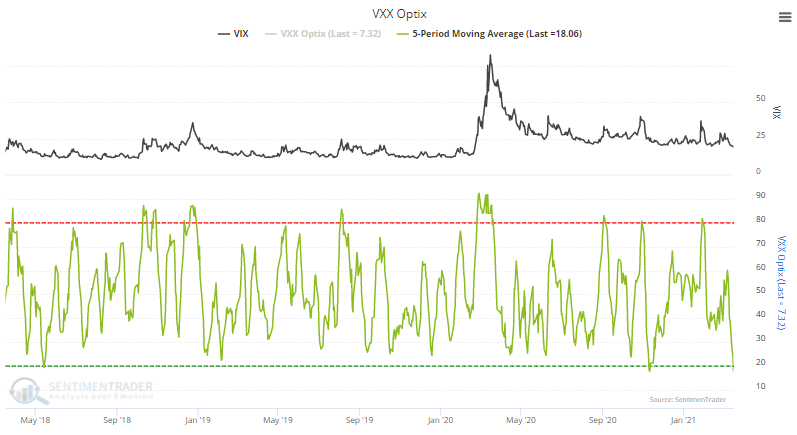 Levered up. In addition to betting against volatility, ETF traders have flooded into ETFs that provide a leveraged bet on a stock rally. Assets in those funds just hit a record high, while assets in leveraged funds that bet against stocks (that profit when stocks fall) have dropped to a year low. 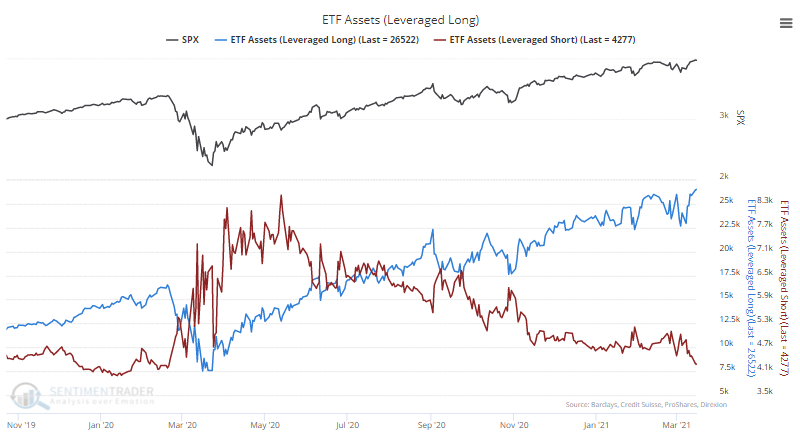 Leaving materials behind. Corporate insiders in Basic Materials companies have picked up their pace of selling over the past 6 months. While off prior extremes, it's now the highest in 5 years. 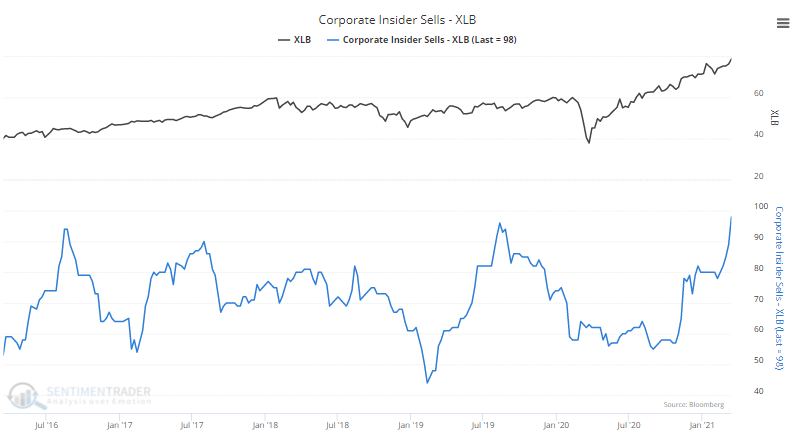 The post titled Why margin debt is about to trigger a warning sign was originally published as on SentimenTrader.com on 2021-03-18.