Within 1% of a High...And Investors Are Already Fearful?

Investors are already fearful, and that has to be a good sign for stocks.

That's the theory being bandied about regarding the CNN Fear & Greed model. The news organization's sentiment measure has been sliding lower for weeks and is nearing a level considered to show fear.

We used their publicly revealed inputs to recreate the model, though to generate more history and hopefully more accuracy, we use different inputs for high-yield bonds and put/call ratios. There is about a 95% correlation between the two versions. 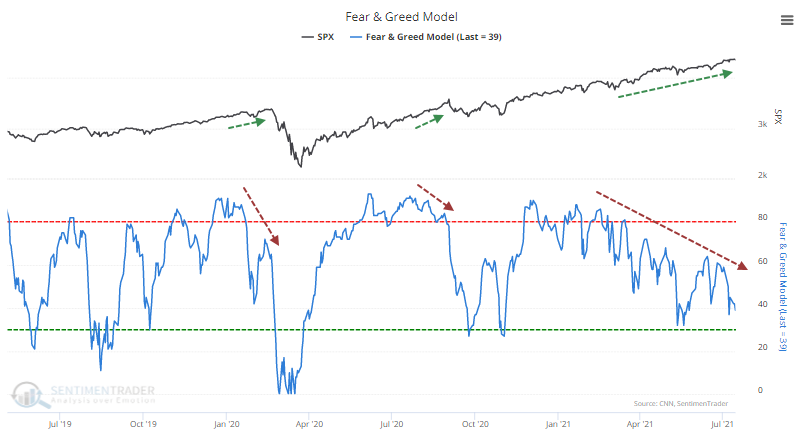 When we look at the numbers, we can see why declining Greed is not necessarily a good thing. We looked at every time since 1998 when the S&P 500 had been at a 52-week high within the past week, and Fear & Greed fell below 40.

Short-term returns were weak but not terrible. How about when the model fell below 40 but the S&P was still within 1% of its high at the time? Here, not so good. Over the next three months, the S&P 500 rallied only 25% of the time.

Treasur[y] chest. The TLT Optimism Index soared to its highest point since March 2020 earlier this week. 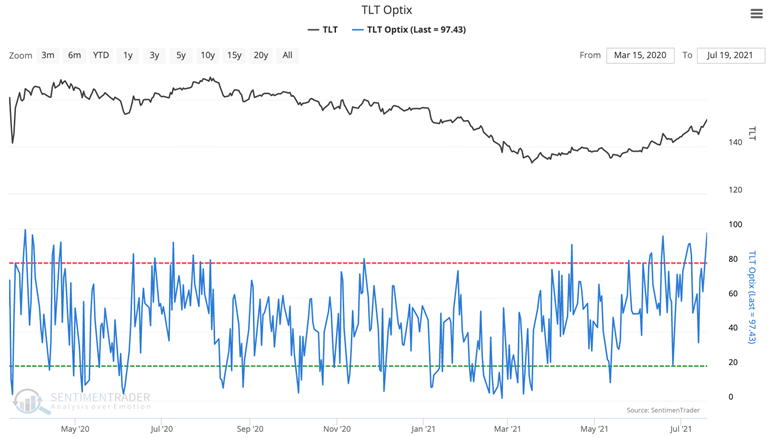 Bull rush. The market timers using the Rydex family of mutual funds once again have a large portion of their funds in the bullish versus inverse bond fund. 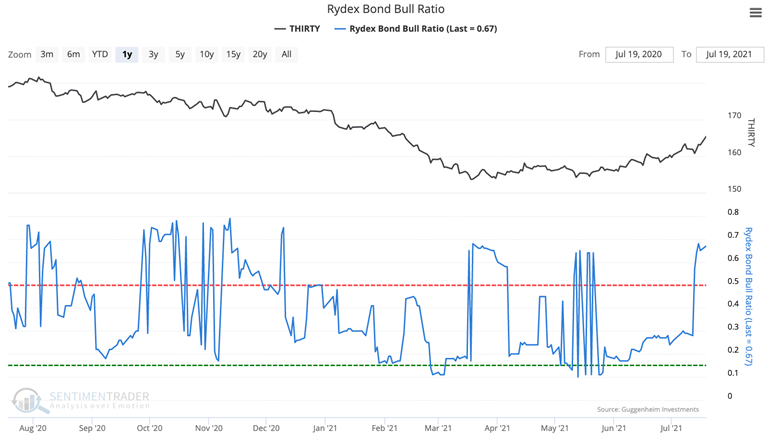 Catching up. Individual investors in the AAII survey have 72% of their assets invested in the stock market, moving to one of the highest levels since 1987. 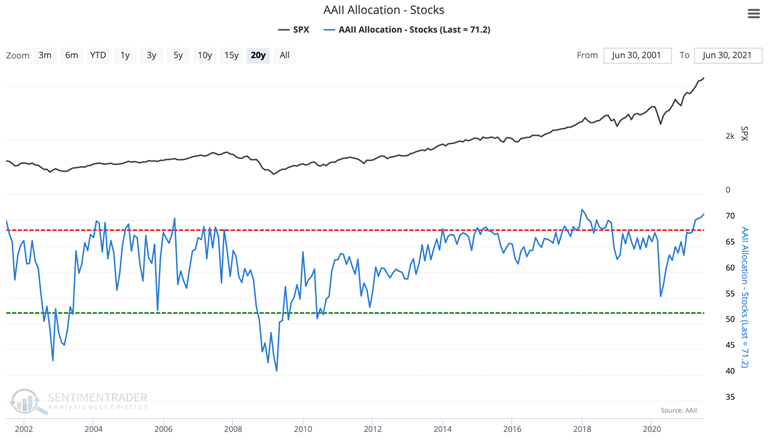 The post titled Within 1% of a High...And Investors Are Already Fearful? was originally published as on SentimenTrader.com on 2021-07-21.