Investor behavior is like we see near the end, but markets are showing the signs we typically see during the beginning stages of a long-term recovery with thrusts in breadth and the percentage of securities hitting 52-week highs. It's very strange.

Among the signs of recovery, not just in the U.S. but worldwide, is that for the first time in more than 200 days, fewer than 20% of major world equity indexes are in corrections. 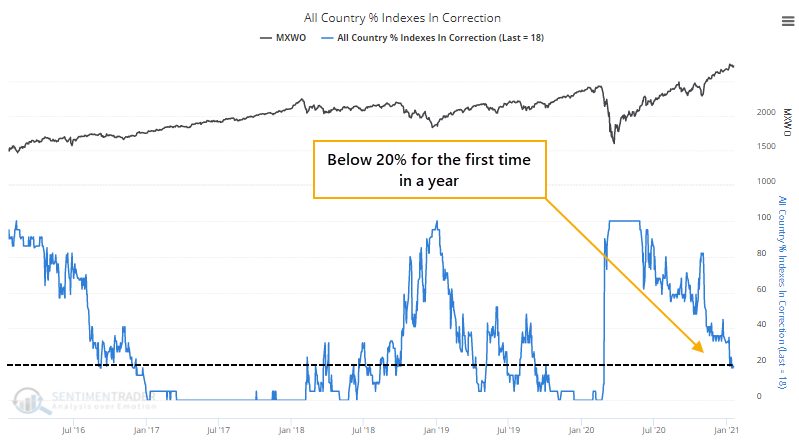 This ends one of the longer streaks since 1971 when more than 20% of countries had been in a correction at the same time.

After other streaks ended, it was a good longer-term sign for world stocks. The MSCI World Index showed a positive return over the next 6 months every time, and over the next 9-12 months all but once. Losses were minimal, and the risk/reward was excellent.

Confidence abounds across markets, not just in stocks. Commodities and industrial metals have seen outsized optimism as well. Bets on copper are now among the highest in 25 years. Source: BCA Research via Daily Shot 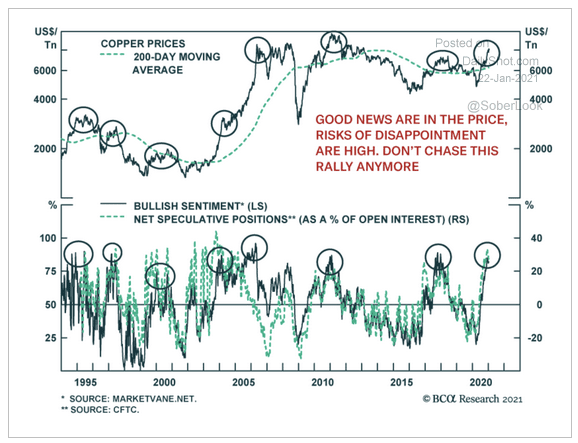 There is a high positive correlation between commodity markets and emerging market stocks, and the rally in the former has coincided with one in the latter. Bloomberg's proprietary Fear/Greed indicator is now in the danger zone for emerging stocks. Source: Bloomberg 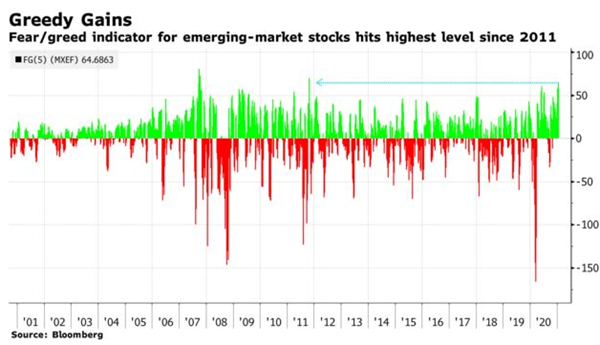 Optimism does tend to percolate when a market has suffered only 2 losing weeks in 4 months. Source: Bloomberg TV 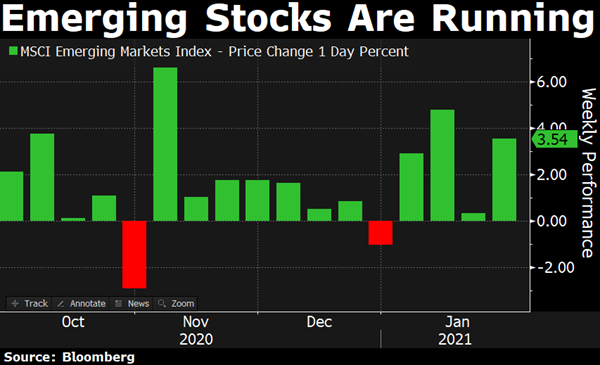 The post titled Worldwide stock markets ease out of corrections was originally published as on SentimenTrader.com on 2021-01-22.