The most widely watched Treasury yield curve un-inverted in recent days, triggering some calls that now the risk for stocks has declined, that the worst is over. But that is backwards, as the initial inversion usually isn’t the trigger for trouble in stocks, that comes after the curve starts to normalize.

Forward returns in stocks were weak once this curve started to normalize, especially in some of the more cyclical sectors.

When the Economic Policy Uncertainty Index exceeded 500 in the past, the S&P's returns over the next 3-6 months were mostly bullish. Gold, however, did not do well over the next few weeks and months... 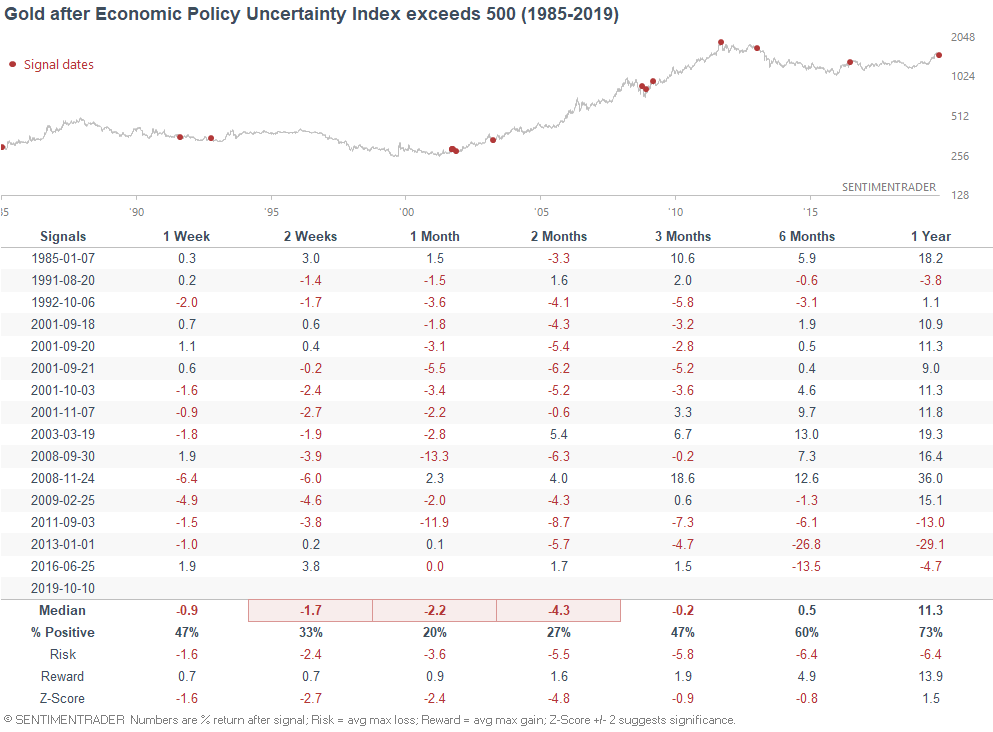 The post titled Yield Curve Flips As Uncertainty Spikes was originally published as on SentimenTrader.com on 2019-10-14.